The 30-year-old went on to make 134 runs and take eight wickets in a T20 match against Shimoga Lions. 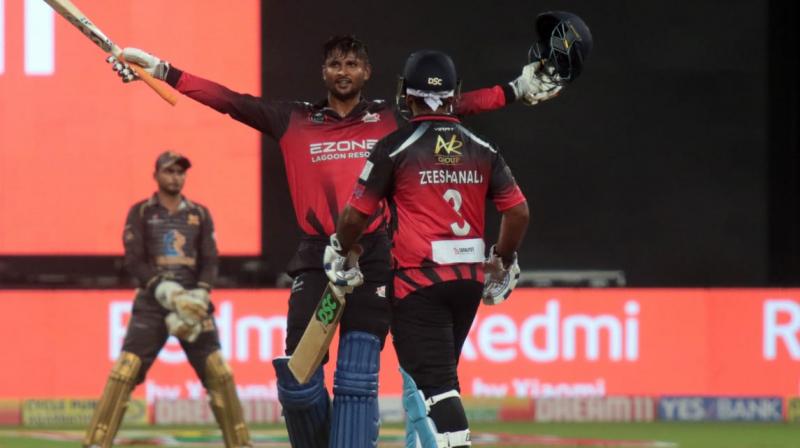 On the bowling front, the spinner scalped 8 wickets and he just conceded 15 runs in his quota of four overs. (Photo: Rajasthan Royals/Twitter)

Bengaluru: All-rounder Krishnappa Gowtham broke various records in the ongoing Karnataka Premier League (KPL) on Friday as he displayed skills with both bat and ball.

The 30-year-old went on to make 134 runs and take eight wickets in a T20 match against Shimoga Lions which helped his side Bellary Tuskers register a 70-run win.

As a result of this performance, he recorded the fastest hundred in the history of KPL as he registered a ton from just 39 balls.

It's officially the Krishnappa Premier League! 🙌

He also scored the highest individual score in the tournament's history as he registered a score of 134 off just 56 balls.

He recorded the most number of sixes in a single innings in KPL as he sent the ball over the boundary fence 13 times. He went on to score 106 runs via boundaries, making it the highest by any player in KPL.

On the bowling front, the spinner scalped 8 wickets and he just conceded 15 runs in his quota of four overs.

These figures are the best bowling figures ever recorded in a T20 match, however, it will not be considered as an official record as state T20 leagues do not have the official T20 status.

This KPL match between Bellary Tuskers and Shimoga Lions will be categorised under "Other T20s".