However, earlier, it was reported that Virat Kohli decided to take rest for the shorter formats. 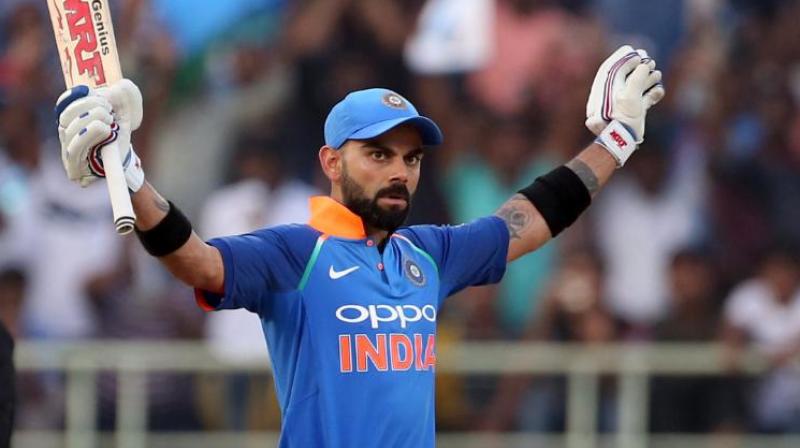 Now it has been disclosed that Virat Kohli himself chose to go with the team as he didn’t want to leave his team at this ‘crucial juncture’. (Photo:AFP)

Mumbai: As per reports, Indian captain Virat Kohli opted to not take rest because of the upcoming tour of the West Indies starting from August 3. India will play three T20Is, three ODIs and two Tests against West Indies. However, earlier, it was reported that Virat Kohli decided to take rest for the shorter formats. But, the selectors put an end to those talks by announcing Kohli’s name in all the three squads.

Now it has been disclosed that Kohli himself chose to go with the team as he didn’t want to leave his team at this ‘crucial juncture’, especially after the 2019 World Cup exit. And, during the selectors’ press conference for the West Indies tour, Kohli said that he wanted to build a new team, keeping the 2023 World Cup in mind. Hence, it has been reported that Kohli chose not to take rest.

“There were indeed suggestions that he should rest but he decided that his presence would be required for the side,” a source told to the Bangalore Mirror. “The collective morale of the players is down and he didn’t want to stay away at this crucial juncture.”