Replays to call front-foot no ball to be trialled in India: Report

From now on-wards, replays will be used to spot a no-ball instantly by referring to the third umpire after every delivery. 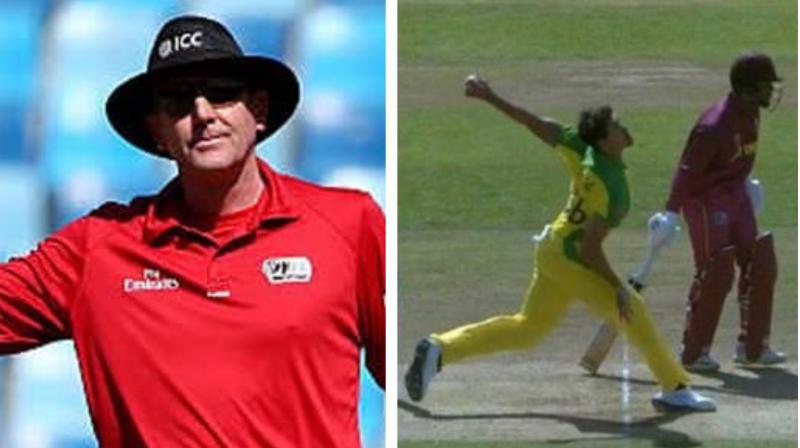 Every time a bowler oversteps, the on-field umpire will refer to the third umpire to check whether the bowler has overstepped the line or not. (Photo: ICC/TWitter)

Mumbai: The International Cricket Council (ICC) has finally decided to approve the usage of technology to spot front-foot no balls. From now on-wards, replays will be used to spot a no-ball instantly by referring to the third umpire after every delivery. Every time a bowler oversteps, the on-field umpire will refer to the third umpire to check whether the bowler has overstepped the line or not.

The ICC finally decided to take this decision after the BCCI requested it to go for a trial, especially after the umpires failed to notice a front-foot no-ball during an IPL match between Mumbai Indians and Challengers Bangalore, and during the 2019 World Cup match between Australia and West Indies.

The BCCI requested the ICC to go for a trial for the first time in India, in its domestic season and the trial can finally be applied in the international matches which are to be hosted India.

“The ICC will do the trials and some of the trials will also take place in India,” an ICC official told the Mumbai Mirror.

During a league match between Mumbai Indians and Royal Challengers Bangalore, the on-field umpire failed to spot Lasith Malinga overstepping the line as his final delivery of the match proved to be decisive for the match as RCB failed to top the group.

Even during the World Cup group stage match between Australia and West Indies, the on-field umpires failed to notice that Mitchell Starc overstep the line as he bowled a waist height delivery which fetched the wicket of Chris Gayle.

ICC has been very reluctant to use the technology because of the cost involved to operate such high technology. The technology costs nearly between Rs 20000 to 10,000 per day. Most likely, it’s supposed to be above that range. This was too much compared to the balls that end up as no-ball (0.5 per cent of the deliveries).

If the technology gets implemented, the third umpires will be involved constantly, keeping an eye on each delivery. Whenever, a bowler goes over the line, the on-field umpire the delivery to the third umpire umpire.