Virat Kohli and Co. are now geared up to battle against West Indies in the upcoming away series. 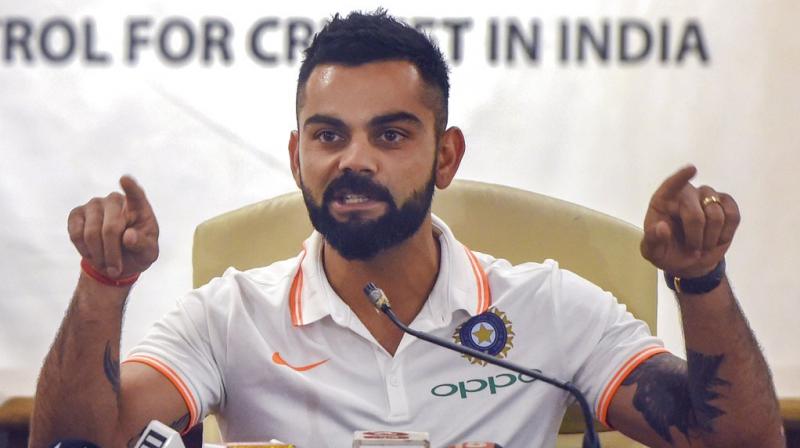 Kohli also revealed that he had a talk with the players after the defeat and told the team that they should be proud of the way they performed and progressed in the mega-event. (Photo: PTI)

Mumbai: India were one of the favourites to lift the World Cup 2019 trophy along with hosts England. However, the Men in Blue ended their World Cup campaign after suffering defeat against New Zealand in the semi-finals of the mega-event.

Virat Kohli and Co. are now geared up to battle against West Indies in the upcoming away series. Indians fans were left disappointed following India's exit from the World Cup. However, Indian skipper Kohli believes that he has only learnt from the failures and setbacks right through his life.

"I have learnt most in my life from failures and setbacks. The worst setbacks have not only motivated me but also improved me as a person, made me understand the importance of those times more than the success. It makes you sit down and think about what you need to do now, build a roadmap for yourself," Kohli told TOI in an interview.

The 30-year-old also said that such setbacks help in building character. "When your belief is right up there and everyone's playing so well, and suddenly, you know, you've been outplayed. It's very difficult to digest because you know you didn't make many mistakes to be knocked out," he added further.

Kohli also revealed that he had a talk with the players after the defeat and told the team that they should be proud of the way they performed and progressed in the mega-event.

The skipper also lauded the confidence of youngsters of the team. Kohli believes that the talent coming through the ranks is very exciting.

"They are amazing. The level of confidence that they have is amazing to see. As I have mentioned so many times before, at 19-20, we were not even half the players these guys are. Skills have developed because of exposure to tournaments like the IPL. It's the best thing that can happen to a cricketer," said Kohli.