Pakistan bowled well in the tournament, their batting was also decent but their fielding always comes under scrutiny. 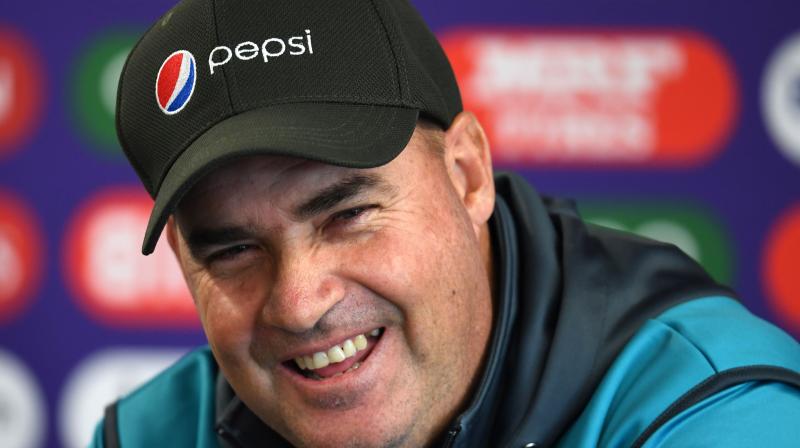 Pakistan will next take face New Zealand on June 26 at Edgbaston. (Photo: AFP)

New Delhi: Pakistan's coach Mickey Arthur is confident that his team will win next three matches and qualify to the semi-finals of the ICC Men's Cricket World Cup.

"We are very firmly in the World Cup. We will win our next three games and will qualify. I thought we got our bowling and batting spot on. Our problem is we have not put three disciplines together yet in any game," Pakistan's coach Mickey Arthur said in the post-match conference.

Pakistan bowled well in the tournament, their batting was also decent but their fielding always comes under scrutiny. Pakistan has dropped many catches in the tournament including their last game against South Africa.

Pakistan failed to perform well in all three departments (batting, bowling, and fielding) so far and if they play as a unit they will be exceptional on the ground acknowledged Arthur.

"We bowled well; we batted well; we did not field well today. So when we put three disciplines together, we will be exceptional. The closest we have got was when we beat England," Arthur said.

Pakistan had played six games in their World Cup campaign so far and only won two matches, against England and South Africa. They stand at the sixth spot in the tournament standings with five points. Only the top four teams of the table will qualify for the semi-final.

After losing to their arch-rival India in the last game, Pakistani team were slammed heavily by their supporters worldwide as they never defeated them in the World Cup history.

"The guys were incredibly hurt. Hopefully, we got a proper reaction from them today that can just shut some people up for a little while," Arthur added.

Pakistan will next take face New Zealand on June 26 at Edgbaston.