Harbhajan Singh picks up his favourites for ICC World Cup 2019

Harbhajan, who last played for India in 2016, has featured in three 50-over World Cups and two finals. 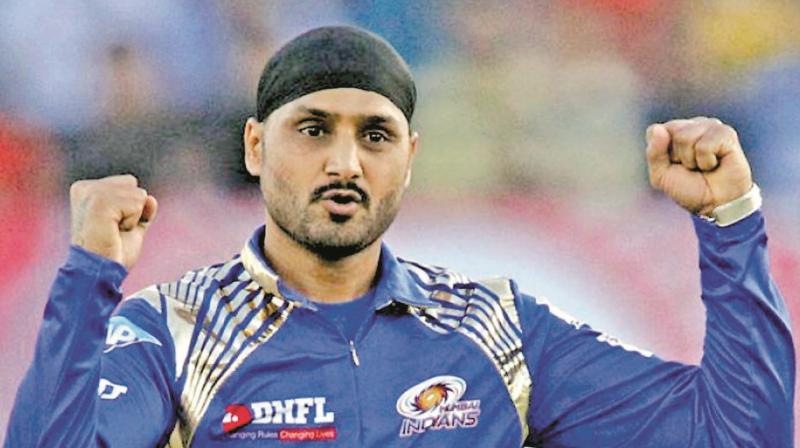 And the 38-year-old off-spinner is certain India's current crop have enough quality to match England and Australia. (Photo: File)

London: Veteran India spinner Harbhajan Singh insists his country deserve to be ranked alongside hosts England as joint-favourites to win the World Cup.

England are currently the world's top-ranked one-day international side and are rated as the bookmakers' favourites to lift the trophy.

Chasing their first World Cup crown, England have emerged as a formidable force, while defending champions Australia are also highly regarded after winning four of the last five editions.

But India, second in the ICC one-day rankings, are the only team to have broken Australia's dominance over the last 20 years when Harbhajan and company took the silverware on home soil in 2011.

Harbhajan, who last played for India in 2016, has featured in three 50-over World Cups and two finals.

And the 38-year-old off-spinner is certain India's current crop have enough quality to match England and Australia.

Asked who he sees as favourites, Harbhajan told reporters: "India, India and England I think."

Expectations are high in India that their team can bring home a third world title, emulating the famous first success in the tournament in England in 1983.
Harbhajan, who has taken 417 Test wickets and 269 in ODIs, acknowledges that intense desire for success from the Indian public will bring its own pressures for Virat Kohli's squad.

"It's changing. It's a lot better than it was. Still, pressure will be there. Not just on Virat Kohli but the whole team," he said ahead of the tournament, which starts on May 30.

Kapil Dev remains the iconic figure from India's maiden World Cup victory in England 36 years ago after captaining the side throughout their unexpected run.
That fairytale campaign was capped with a stunning final victory over two-time champions West Indies at Lord's and Kapil was back at the spiritual home of cricket on Thursday as part of the prestigious 'Indian Cricket Heroes' event.

It was a triumph that inspired a generation of Indians to take up cricket and laid the foundations for their current status as one of the sport's superpowers.
All-rounder Kapil, known as the "Haryana Hurricane" during his playing days, modestly played down his role as a catalyst for a sporting revolution.

"We just the played the game. It was nice. I don't know if it changed the game or not," Kapil said when asked how aware he was of the seismic shift triggered by that victory.

"Lord's is always very special. For everybody, not just me."

India opens their campaign against South Africa on June 5 in Southampton and the 60-year-old is adamant his compatriots shouldn't feel under pressure to win.
"There's no pressure, it's a pleasure. It's a different way of thinking. Pressure means you are not enjoying it," he said.

"I enjoy playing so I never had pressure. Everywhere in every match, you have responsibility.

"It's a pleasure, you enjoy and have fun. That's more important.

"They just have to play good cricket. The rest leave to the Almighty."

Like Harbhajan, Kapil sees India as one of the main World Cup contenders thanks to their strength in depth.

"Three or four teams have a chance. It's a stroke of luck required at the right time," he said.

"You don't win a tournament unless everybody collectively plays well.

"If you are relying on one player then you aren't playing to win the tournament. It depends on the team, not one player."