Kohli had signed with county side Surrey to prepare himself for upcoming series against England. 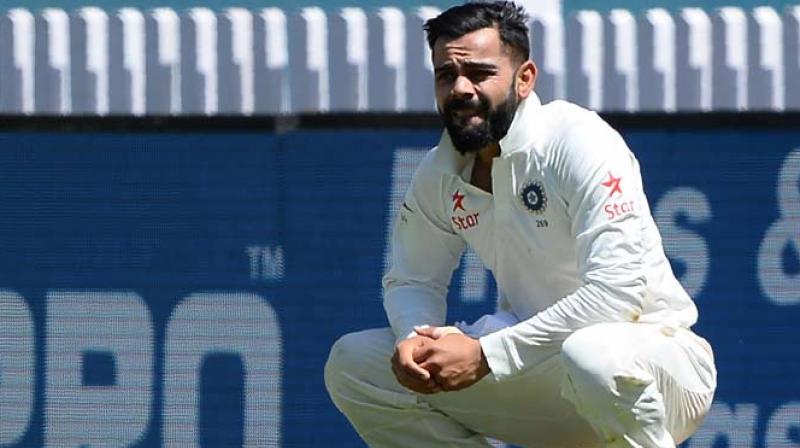 signed up with Surrey for a month-long stint to get acclimatised with the conditions in England. (Photo: AFP)

Mumbai: Virat Kohli’s plans to play County Cricket for Surrey in order to prepare for India’s gruelling tour of England may have just been hit by a serious roadblock. It is learnt that the Indian cricket team skipper may be forced to opt out of his maiden County stint due to injury.

Kohli chose to skip the one-off Test against Afghanistan in June and play in England ahead of India’s England tour. While he enjoys solid record across the globe, Kohli has not enjoyed much success in England in the longer format of the game. During India’s last tour to England in 2014, Kohli could only score 134 runs in 5 Tests as MS Dhoni-led side lost the five-match series 3-1 after winning the opening Test at Lord’s.

Kohli, eager to avoid any such encores on India’s upcoming tour, signed up with Surrey for a month-long stint to get acclimatised with the conditions in England.

However, now it is learnt that Kohli is likely to miss the County stint due to slipped disc. Kohli, who recently captained Royal Challengers Bangalore (RCB) in the Indian Premier League (IPL) 2018, is reportedly advised by his doctor to skip County Cricket duties to avoid any aggravation of injury.

It is reported that Kohli visited his orthopaedic surgeon at a Khar hospital on Wednesday afternoon and he (surgeon) and his team briefed Kohli about his reports.

A BCCI official, who is aware of the situation, told Mumbai Mirror, “Kohli was not to feature in the historic maiden Test match against Afghanistan next month, and now with this injury, his county stint will not take off either,” the official said.

While Kohli decided to skip Nidahas Trophy recently to keep check on his workload, in last 17 months, he featured in 57 international games. Additionally, he represented RCB in 24 IPL games during the same time period. So, in total, in less that one and half year, Kohli played as many as 81 games.