Saraswati Patra was hospitalised with diabetes and high blood pressure 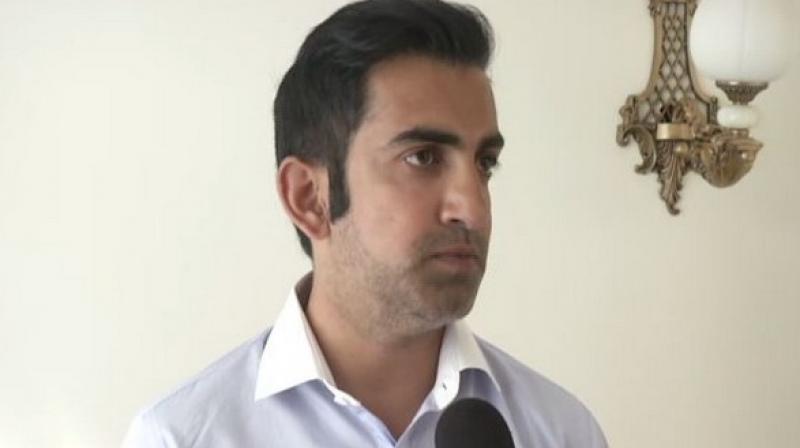 New Delhi: India's World Cup-winning former opener Gautam Gambhir performed the last rites of his deceased domestic help after her mortal remains could not be sent to her home in Odisha due to the coronavirus-forced national lockdown.

Gambhir, also a BJP Lok Sabha MP, posted a tribute on his Twitter page for his employee Saraswati Patra, who was working at his residence for the past six years.

"Taking care of my little one can never be domestic help. She was family. Performing her last rites was my duty," he tweeted.

"Always believed in dignity irrespective of caste, creed, religion or social status. Only way to create a better society. That's my idea of India! Om Shanti," said the 38-year-old Gambhir, who played 58 Tests for India between 2004 and 2016.

Media reports in Odisha said the 49-year-old Patra hailed from a village in Jajpur district.

She was admitted to Sir Ganga Ram Hospital a few days ago and was battling diabetes and high blood pressure for a long period. She breathed her last while undergoing treatment on April 21.

"Taking care of Saraswati throughout the course of her illness, he also ensured her dignity in death by performing her last rites himself since her mortal remains could not be sent to her family back home in Odisha," Pradhan, who also belongs to Odisha, tweeted.

"His act of compassion will enliven the faith in humanity for millions of poor, who are working far from their home for livelihood and will garner respect from all folds of the society."