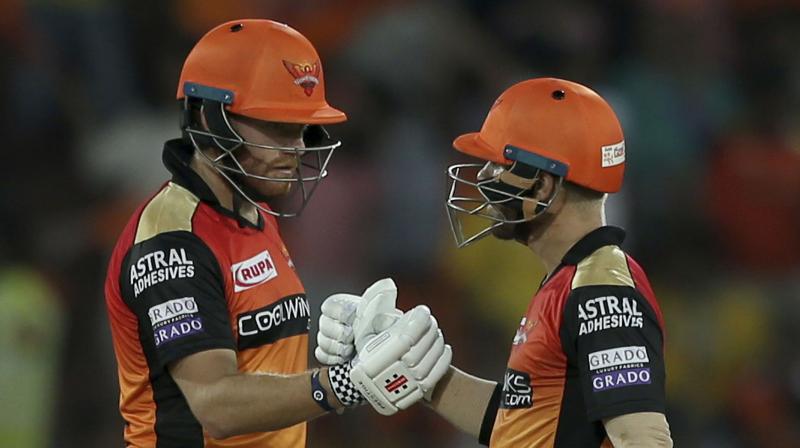 The 2016 champions boast of a fine combination of pacers and spinners with India's Bhuvneshwar Kumar and Afghan leg-spinner Rashid Khan being the prominent names.

"We've got a very good squad. One of the best things about our squad is we have great depths in our bowling," Warner said in an Instagram live session with Sunrisers teammate Jonny Bairstow.

"We have got good upfront swing bowling and our death bowling is probably the best in the competition," he added.

While Warner has been in the side since 2014, Bairstow joined the Sunrisers last season. They shared some brilliant opening partnerships including a 185 stand against the Royal Challengers Bangalore.

Asked about what they liked most about batting with each other, both said running between the wickets was a major contributing factor in their successful partnership.

"I know how fast your ability and game awareness is. It's one of my favourite things to do and a strong point for us," he added.

"Yes definitely there is an understanding between us. We can both gauge if it's 2 runs we don't have to look, it's just touch and go," Bairstow said.

"And that started really early on, we were getting twos when we had no right to get them. You put pressure on opposition like that and then it eases off pressure on us," the wicketkeeper added.