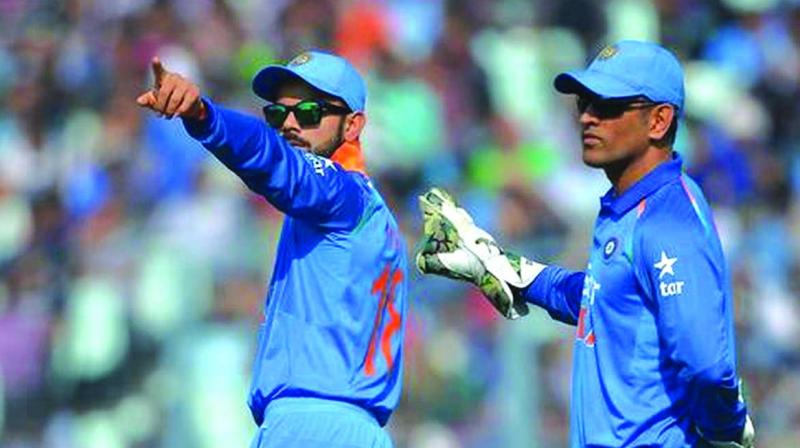 Sorry! This is what the stars seem to foretell. Cricket fans may be disappointed but the cosmic configuration seems to be ranged against their ultimate dream coming true.

“Team India won't win World Cup this year.” That is the big prediction from well-known Mumbai-based astrologer Greenstone Lobo. He has an excellent form book in predictions as he had rightly picked the winners of the World Cups in 2011 and 2015. He had predicted that Dhoni’s team and Michael Clarke’s Australians would win those two World Cups. On both occasions, he had made his predictions days before the World Cup competitions had commenced.

Lobo released his book Howzat recently where former India captain Dilip Vengsarkar was the chief guest. He was the former chief selector who had picked out Virat Kohli as the star of the future and recommended him ahead of Subramaniam Badrinath of Chennai who was in favour then. But Lobo is convinced that Kohli’s year of birth might come in the way of support from the stars for his biggest assignment as captain.

“Virat Kohli’s year of birth should have been 1986 or 1987 and not the 1988 to feature in the top list”, Lobo says.  “I called Virat’s childhood coach, Rajkumar Sharma, and explained my worry that India might not win the World Cup in 2019 if Virat was indeed born in 1988. I hoped desperately that I would get 1986 or 1987 as the real year of the Indian captain's birth. He (Virat’s coach) remained silent for a moment before whispering a yes.”

“So, are you saying that we should change the captain to win the World Cup?” was the anxious reply of the coach. But wait, Virat Kohli's birth year is not the only reason for India losing the World Cup, according to the astrologer’s reading of the stars.

“Yes, we could have won the World Cup if the team had no Dhoni,” Lobo asserts.  “I have utmost respect for Dhoni the batsman, the ambassador for cricket, the ice-cool player. However, even though I may not like it much myself, I need to speak objectively from the perspective of an Indian astrologer and I can see that Dhoni’s presence in the 2019 Indian squad could well rob India's another great chance to win a World Cup,” he says.  “Dhoni always had the kismet (luck) but now is not his waqt (time).”

Ravi Shastri’s horoscope may not help either. “Ravi Shastri does have a good horoscope. He, however, may never lead (coach) a team to a World Cup win, as he has already seen the best. All good for his horoscope, but maybe there isn’t anything further left now.”

“His acme of achievement would be done with once he steps down from being the coach of the Indian cricket team after the World Cup. Ravi may never have another glorious career peak after this,” Lobo predicts of the successful man manager of Team India.

Fans may draw some solace from the stars as Lobo’s other important prediction is that India has the best chance to win against Pakistan in the World Cup. The book would also agree since India has always beaten Pakistan in every World Cup meeting since 1992 (1996, 1999, 2003, 2011 and 2015).

If the two teams do meet in the World Cup as scheduled (a decision to be taken by the Government of India) will India win the crucial match against Pakistan in the 2019 World Cup? The answer is a definite “yes”, says Lobo.

Asked if it is possible India would meet Pakistan again in the final, Lobo replies, “It’s not possible at all The chances of both or either of the teams winning the Cup are low and hence both will not meet in the final”, is his definitive prediction.

The prediction comes with a rider that reading the future is not exactly a science. For instance, no one predicted Team India would win the World Cup in 1983. India, who are one of two favourites along with England in 2019, have the skills and may defy the stars.