Virat Kohli side look to win at home

Moeen along with Kohli and South African AB de Villiers will look to finish the season on a strong note despite starting on a sour one. 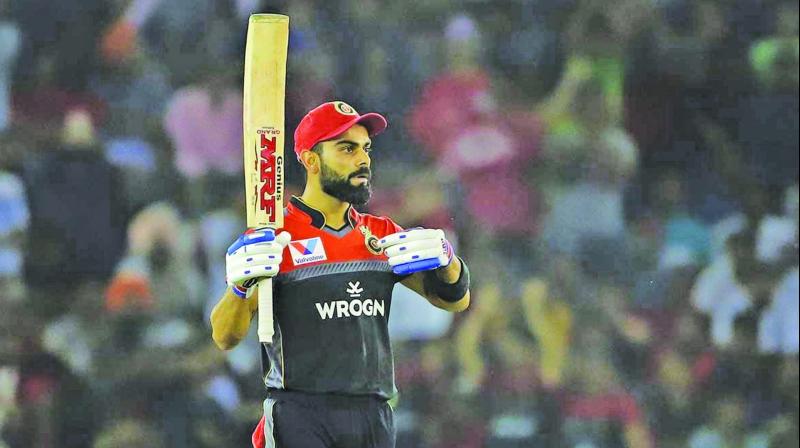 Bengaluru: The stage is set for another exciting match up with a resurgent Royal Challengers Bangalore taking on Kings XI Punjab at the M. Chinnaswamy Stadium here on Wednesday.

After having played 10 games each, KXIP are on the cusp of breaking into the top four with 10 points while RCB languish at the bottom of the table with just 6.

Virat Kohli-led RCB have registered two consecutive wins in their last two matches against KKR and CSK. Despite the Indian skipper being dismissed for just 9 runs in their last clash, he has found a good vein of form and would look to carry that into the remaining games.

RCB’s batting unit has also been in good touch thanks to Moeen Ali’s quickfire knocks over the last few matches. Moeen along with Kohli and South African AB de Villiers will look to finish the season on a strong note despite starting on a sour one.

The biggest difference perhaps has been the signing of Dale Steyn as a replacement for the injured Nathan Coulter-Nile. The South African pacer has been in fine touch for the home side and boasts two scalps in each of his last two matches — all four of which have come in the powerplay. His arrival has seen a significant improvement in the bowling unit that was accused of leaking too many runs.

KXIP on the other hand are fresh off a loss to an emphatic Delhi Capitals side, and are at 5 wins and 5 losses for the season. Captain R. Ashwin has, so far, done a great job in utilising his resources.

That said, all eyes will be on the away side’s ballistic opening pair of Chris Gayle and K. L. Rahul. Both rank among the top 5 run scorers of this edition with 421 and 399 respectively.

One of the most interesting battles in the match is likely to be that of how Dale Steyn & Co. will look to contain ‘Universe Boss’ Gayle as he prepares for his homecoming — some of his most prolific years in the tournament have come wearing the RCB shirt. Moreover, Gayle’s record against Steyn isn’t particularly the most impressive one.

On the other hand Mohammed Shami, Sam Curran, and the other Punjab bowlers have a herculean task of nullifying Virat Kohli, AB de Villiers and an in-form Moeen Ali on their own turf.