The IPL opener between Chennai and Bangalore is not just about Kohli vs Dhoni and has plenty of subplots. 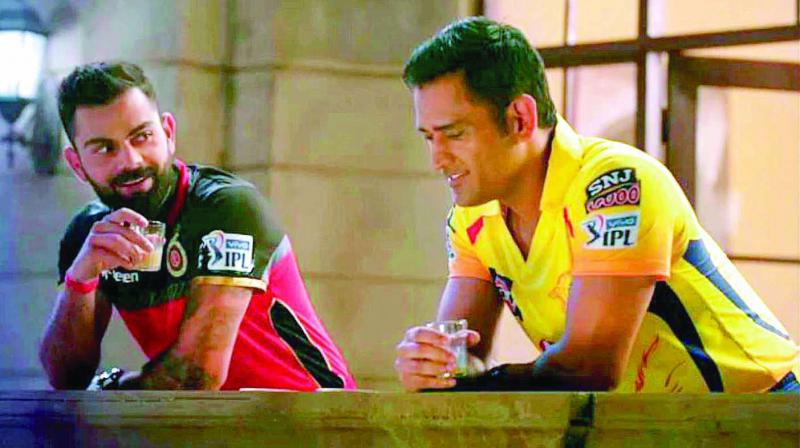 The promotions for the IPL Season 12 have been revolving around two of Indian cricket superstars — M.S. Dhoni and Virat Kohli.

The promotions for the IPL Season 12 have been revolving around two of Indian cricket superstars — M.S. Dhoni and Virat Kohli. The blockbuster opener featuring the perennial underachievers Royal Challengers Bangalore and one of the most decorated IPL sides, Chennai Super Kings, is not just about Kohli vs Dhoni. The Southern Derby has a few other intriguing subplots.

Tamil Nadu and Karnataka are fierce rivals in India's premier domestic tournament, Ranji Trophy. The two states have produced some entertaining clashes over the years. Had the two IPL franchisees locked horns at Chepauk last year it would have been labelled a geopolitical clash given the fact that Cauvery river dispute had reached its boiling point.  Not to forget, CSK were even forced to shift their base to Pune following protests during the opening match.

Apart from their star captains, the two IPL sides boast of astute brains in their coaches -- Stephen Fleming and Gary Kirsten. While the former Kiwi skipper Fleming has helped CSK win three titles, the South African who guided India to World Cup triumph in 2011 is out to break RCB's duck. Kirsten came on board only last year.

While RCB finished sixth in 2018, it turned out to be a fairytale season for the comeback Kings as they won their third crown to level with Mumbai Indians for most titles in the competition. CSK also extended their record of qualifying to the playoffs to all nine seasons that they have participated in.

Kohli's RCB have not won a game against Super Kings since 2014. Since then, CSK have won six games. While Kohli would be desperate to end the losing streak, he would be well aware of the fact that Chepauk is CSK's citadel. Dhoni's team have won 70 per cent of their home matches.

“Chennai has been traditionally spin-friendly, and spinners have always done well,” said off-spinner Harbhajan Singh whose greatest Test match came at this venue in 2001, when he bowled India to a sensational series win over Australia with a career-best match haul of 15 for 217.

CSK batsman Sam Billings said the camp is pretty calm despite the pressure of expectations of being the defending champions. “It’s a pretty calm camp, knowing that we had success as a group and it is very much the same group,” the England wicketkeeper-batsman said.

“It’s about building upon that and getting better. There is a lot of experience in the camp and we will look to use that to our advantage and stay calm in pressure situations,” he added.