Delhi have changed their owners, name from Delhi Daredevils to Delhi Capitals in bid to gain their first title. 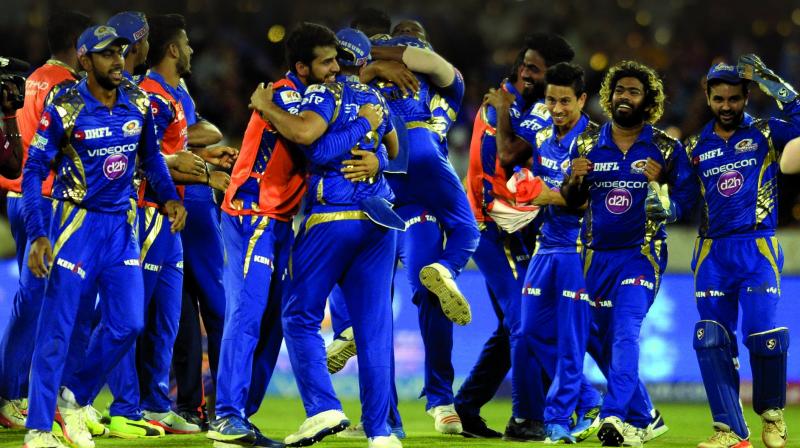 Mumbai: Three-time champions Mumbai Indians will start their Indian Premier League campaign against Delhi Capitals at Wankhede stadium on Sunday. Mumbai Indians failed to reach playoffs last season, and they reinforced their squad by welcoming back Lasith Malinga in the auction and also bought Yuvraj Singh.

However, Mumbai have been hit badly in pace department as three foreign pacers Malinga, Adam Milne and Jason Behrendorff are yet to arrive. All three are unlikely to figure in their initial part of the campaign.

Delhi have changed their owners, name from Delhi Daredevils to Delhi Capitals in bid to gain their first title. Khan’s former skipper in the Indian team Sourav Ganguly has joined the franchise as advisor and he is closely working with coach Ricky Ponting.

“Sourav has been a good inclusion to our set-up. He has been in an advisory role and has been with the team in practice sessions,” Delhi Capitals coach Ricky Ponting said.

Delhi have never been in the final despite topping the league in the second edition when opening pair of Gautam Gambhir and Virender Sehwag kept them going. This time they have Shikhar Dhawan back after 2008, after he was traded from Sunrisers Hyderabad. He will form the formidable opening pair with youngster Prithvi Shaw. Another local boy besides Shaw, Shreyas Iyer will lead the side and will be key at the top to leave a platform to big hitters like Rishabh Pant and Colin Ingram.

Mumbai have been poor starters they will look to be consistent through out. They will also look for good starts from Suryakumar Yadav and Evin Lewis like last year. Skipper Rohit Sharma remains the key at the top with Yuvraj Singh’s inclusion adding experience in the middle order with allrounders Kieron Pollard and Pandya brothers (Hardik and Krunal) to follow.