T20 for specially abled from March 30

Ajit Wadekar had a word of praise for his colleagues, Umesh Kulkarni and Karsan Ghavri. 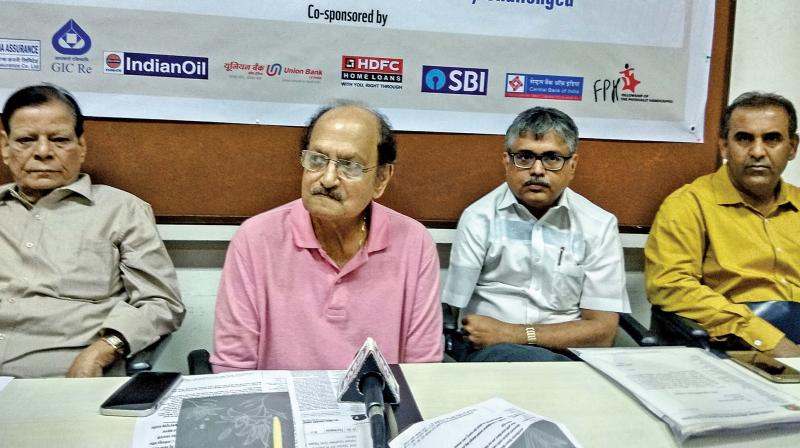 Ajit Wadekar at the announcement.

The eighth edition of All India LIC ‘Divyang’ Inter-Zonal Twenty20 Cricket Championships will be played in Mumbai from March 30 to April 1, mainly at the Mumbai Police Gymkhana, while a few matches will be played at the National CC and Karnatak Sporting at the Cross Maidan.

Teams from the North, South, West, East and Central Zones will be in the hunt for the prestigious title.

The Zonal-leg was played in New Delhi, Thrissur, Kolhapur, Godda (Jharkhand) and Bhilai respectively where Haryana, Tamil Nadu, Mumbai, Jharkhand and Chhattisgarh were the winners.

The Zonal-leg served as the basis for the selection of the five teams. Dinesh Sain, Dashrath Jamkhandi, Saurabh Rawalia, Pranav Rajale and Baljinder Singh are the few top-notch performers whose performances will be keenly followed. In this form of the game, the individuals who have more than 40 per cent disability are allowed to participate. Players with deformity in their legs are allowed the privilege of a runner.

Legendary former India captain Ajit Wadekar who was present at the announcement of the tournament, expressed his concern about lack of proper job opportunities for the ‘Divyangs’ and had a word of praise for his colleagues, Umesh Kulkarni and Karsan Ghavri for their unstinting support towards the cause of the ‘Divyangs’. He also appealed to cricket crazy Mumbaikars to turn out in large numbers not just to encourage but salute the special ones who possess enough skills to entertain and enthrall like their abled counterparts.

For the record, there are 28 state associations affiliated to the All-India Association for the physically challenged and competitions are held regularly for the past 30 years.