I had absolutely no support. People would tell me that no one from Rajasthan had made it into the Indian team. 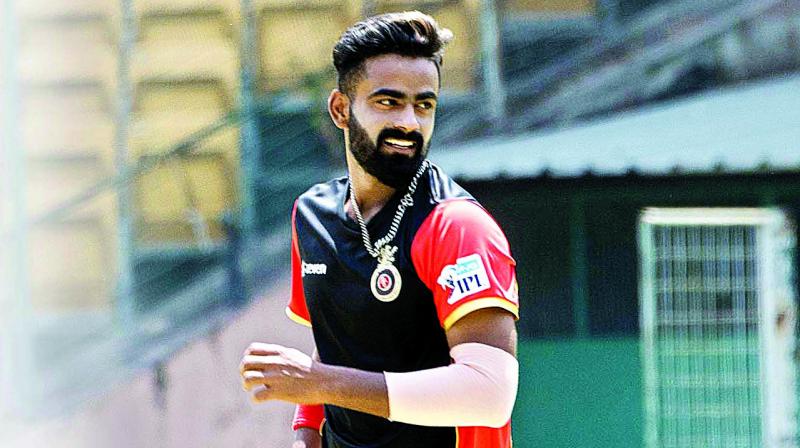 I had absolutely no support. People would tell me that no one from Rajasthan had made it into the Indian team. Kulwant Khejrolita

A few years ago, he was waiting tables in Goa, fast forward to 2018, this lad is a part of the Royal Challengers Bangalore. Filled with tenacity, passion and grit — this bloke’s story is intriguingly inspiring. Meet bowler Kulwant Khejroliya, who hails from Rajasthan, plays for Delhi in domestic cricket, and is now all set to display his skill at the IPL 2018.

“Thanks to RCB for choosing me. It will be fun to play under skipper Virat Kohli. If I get to play, I’ll try my best to win maximum number of matches for the team,” expresses the youngster, adding, “There’s such a good atmosphere amongst us, we stay like a family and I get to learn a lot from the senior players. Parthiv Patel was with me in Mumbai Indians last year, so I know him. I’m also friends with Aniket (Choudhury) and know Manan (Vohra) and Sarfaraz (Khan) as we keep meeting at camps.”

Reminiscing about his early days, the 26-year-old reveals that he had a rather ordinary life in his village in Rajasthan. “I come from a small place and have played cricket since my childhood. I dreamt of playing for the Army but I’d already crossed the age limit. I’d bunk classes to play the game and even was scolded by my parents. Despite my difficult situation, whenever I’d think of cricketer Nathu Singh, I’d get motivated and think, ‘If he can get out of his village and succeed, then I can too,’” he says.

Given his circumstances, how did he manage to take the incredibly bold decision of moving to cricket? “I had absolutely no support. People would tell me that no one from Rajasthan had made it into the Indian team. But when my friends would see me play, they’d appreciate, and my desire to play would get stronger,” he shares.

With financial pressure mounting, Kulwant, who couldn’t land a government job (and aptly calls it God’s plan), went to Goa to work as a waiter at a friend’s father’s hotel. “I was told that we’d get good tips during Christmas and New Year. My family wasn’t too happy as I’d studied so much, but ended up becoming a waiter. I’d work from 9 am till midnight,” he says. But soon, he got a call from a buddy, which was the turning point in his life. “He told me to try my luck again and I went for it. I told my parents that I was going to Ahmedabad to work, but went to Delhi to train. After eight long months, I told them the truth and they told me that they had suspected something like this! I went through a lot of struggle to get here,” says Kulwant.

Soon, his perseverance paid off as he got picked up by Mumbai Indians in the 2017 IPL. Now, thanks to his new-found fame, his parents can’t be prouder of their son. “Whenever my father goes out, people say ‘look, that’s Kulwant’s Dad’. Now, he also wants me to play for the Indian team,” he smiles.

The left-handed pacer, who picks Mitchell Johnson, Zaheer Khan and Ashish Nehra as his favourites, states, “One has to take risks in life. If you have a dream and work hard, you will definitely achieve it. I want to not only play for the Indian team, but also stay in the squad. I will fulfill my dream and I’m working towards it.”