Last 10-15 days were 'mental torture' for me, says Mohammed Shami

It was a family issue. False allegations were levelled against me. It is a kind of mental torture, said the Indian cricket team pacer. 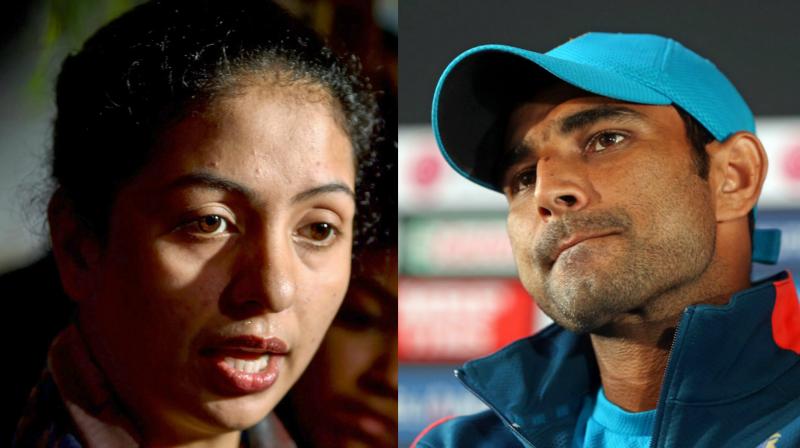 Mohammed Shami insisted that a lot of dirty allegations were levelled against him as well as his family, however, adding that he is hopeful to come out clean in all of them. (Photo: PTI / AFP)

Deharadun: A day after being given clean chit by the Board of Control for Cricket in India (BCCI) the match-fixing allegations levelled against him, Indian fast bowler Mohammed Shami on Friday said that the last 10-15 days had been a kind of mental torture for him.

"It was a family issue. False allegations were levelled against me. It is a kind of mental torture. So, last 10-15 days were really tough for me. I am trying to come through it as soon as possible," Shami told ANI.

On Thursday, BCCI's Anti-Corruption Unit gave a clean chit to Shami and also included the pacer in Grade B of the board's annual retainer contracts after they found no evidence of match-fixing against the Indian pacer.

It was confirmed that the ACU head Neeraj Kumar had submitted his confidential report to the Committee of Administrators (CoA) and that the Supreme Court-appointed committee was of the view that there is no further action required against Shami under the BCCI anti-corruption code.

Ecstatic with the development, the 28-year-old pacer said that he was always sure about being proven innocent as he did not do anything wrong.

"As I have told you earlier, I had full faith that BCCI would give me clean chit. I didn't do anything wrong. I was 100 percent sure that as I have not done anything wrong, I will surely be proven innocent," he said.

Shami further insisted that a lot of dirty allegations were levelled against him as well as his family, however, adding that he is hopeful to come out clean in all of them.

"A lot of dirty allegations were levelled against me as well as my family which I don't think anyone will admit. As I have got a clean chit by the BCCI, I am hoping to come out innocent over every allegations. So, I am hopeful of not getting convicted for the offense which I have not done," Shami said.

Shami once again reiterated that the conspiracy has been hatched against him and that someone is trying to tarnish his image and break his family.

"With just few days left to the IPL, I am currently for it and aiming to start afresh. Now, the best option for me will be to go for the legal way, which will investigate the matter properly and then declare the verdict," he said.

"I have been alleged of match-fixing and rape. The allegations are so dirty that a person could not even think of it in his dreams. There is a conspiracy behind it. There is someone who wants to bring difference in my family," he added.

Last week, the CoA had written to the BCCI's ACU head Neeraj Kumar to investigate the charges levelled against Shami by his wife.

This direction came after cricketer's wife levelled various allegations, including of match-fixing, against the fast bowler.

Though Jahan retracted fixing allegation, the CoA had taken note of it and asked the ACU to investigate the matter.

Earlier, a case was also registered against Shami after his wife filed a complaint alleging that he was involved in extra-marital affairs and abuses her physically and mentally.