DRS will be new experience for me: Suryakumar Yadav

This season Surya will play for Mumbai Indians, who bought him for Rs 3.20 crore in the January players auction in Bengaluru. 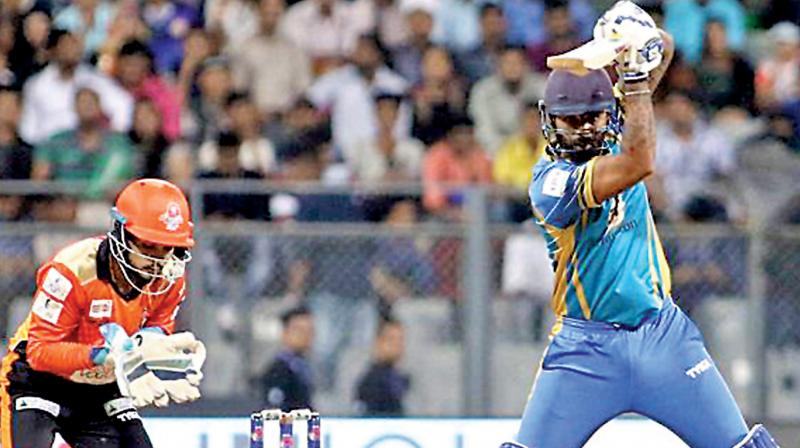 Suryakumar is excited to be part of Mumbai Indians again, and is flexible to play at any position in IPL.

Suryakumar Yadav has never had a run-in with the Decision Review System (DRS) and the 27-year-old Mumbai Indians player can’t wait to get a dose of it during this Indian Premier League (IPL) season.

The Board of Control for Cricket in India (BCCI), after being adamant for years, agreed to use DRS in International fixtures a couple of years back, and is now introducing in IPL for the first time in its eleventh edition getting underway from April 7 at Wankhede stadium with opening game between Mumbai Indians and Chennai Super Kings.

“I’ve only seen DRS on TV before. It will be interesting to experience it in real during the IPL,” said Yadav, who has been a permanent fixture in the IPL since the last four seasons with Kolkata Knight Riders.

Many uncapped Indian players like Surya have never experienced the DRS, as the BCCI is yet to use it in domestic tournaments. The BCCI has already conducted a training course for match officials to get acquainted with the system, but it will also be interesting how domestic players cope with it.

This season Surya will play for Mumbai Indians, who bought him for Rs 3.20 crore in the January players auction in Bengaluru.

He warmed up for the IPL with match winning knocks in the T20 Mumbai League playoffs, and led his side Mumbai North East Triumph Knights to the title win. Prior to that, he had a good run in the Syed Mushtaq Ali Twenty20 Trophy and Vijay Hazare one-dayers too for Mumbai.

“It was nice to score some runs and help my team win T20 Mumbai League. But now, it is over and there is a fresh start. I have commitments with my employers for three days and then I will start training with Mumbai Indians,” Yadav said.

He has been part of Mumbai Indians before too but never ended up playing. This time he comes into the successful Blues side with experience and reputation.

“Obviously, MI have done well in 10 years, and have won the title three times, which is a great achievement. I am very excited to be back home, because everything started from Mumbai Indians for me. I came into the IPL scheme of things with MI and then went to KKR. I am very happy and proud  to be back in Blues again,” he said.

He will have current Mumbai team-mates Aditya Tare and Siddhesh Lad for company in the team led by Rohit Sharma, who also plays for Mumbai, but is mostly busy with the Indian team now.

“We have shared a good friendship for Mumbai and it will be same in MI. It won’t be hard to cope up with things in MI, as I know their strengths and zones and they know mine. I am excited to be there,” he said.

Yadav, who mostly bats at No 4 for Mumbai, had a flexible batting order with KKR, many a times doing the role of a finisher. He now says that he is ready for any role given to him by the MI management.

“I am comfortable batting anywhere in this format. I’m ready for whatever challenges and roles they give to me,” said Yadav. In the final against Shivaji Park Lions he batted at No 7 and did the rescue act before teeing off at the death, to score an unbeaten 90.

India calling?
Suryakumar was in India reckoning early in his career, but he couldn’t deliver on his promise consistently and later face some disciplinary issues. Now, a matured Surya is aware that Team India is trying different combinations in the shorter format ahead of the 2019 World Cup, and many fringe players have been tried in the last couple of years.
He has had a great season in the shorter format and was also part of India A team in the Deodhar Trophy recently. This IPL may be the last chance for him to showcase his actual credentitals and get in the mix for an India selection.

But Yadav isn’t losing sleep over it. “The IPL is a good platform to go ahead, and to play for India. But currenlty, my first preference is to perform well in the IPL and do good for my team. The rest is secondary at the moment. If I am destined to play for India, I will play for India,” he signed off.