Boycott not a worthwhile option

If the objective is to ‘punish’ Pakistan, it is not served by refusing to play against them in a World Cup. 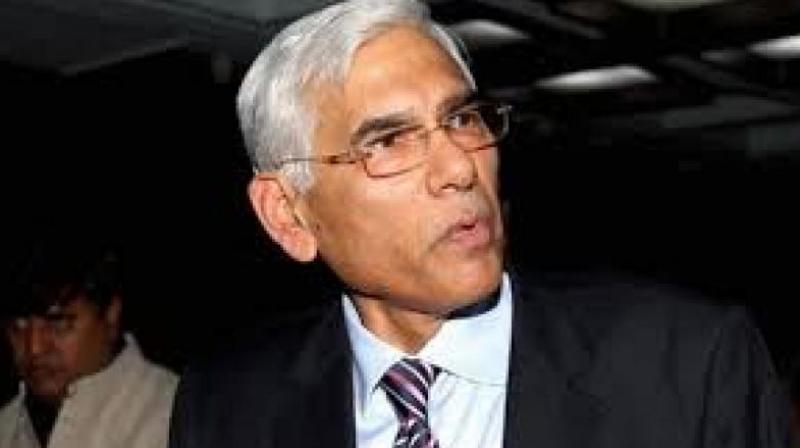 After the dramatic build-up last week on whether India will boycott the World Cup match against Pakistan this June, the BCCI, led by the Committee Of Administrators, put this decision in the government’s court while also averring that it would not abstain from the premier tournament as was also being speculated.

The COA debated for over three hours on Friday before putting out a statement of the decisions reached vis-a-vis cricket relations with Pakistan, but there was not much evidence of strident course of action. Vinod Rai, who heads the COA, sidestepped the matter of playing Pakistan (or not) in the World Cup, saying that there were still 100-odd days remaining for the tournament to begin, and in any case they would go by the advice of the government.

Frankly this was always going to the BCCI’s position. It has never been different even in times even when there has been no strife, for while the cricket Board is technically independent of the government. It cannot function on its own when deciding tours, home and away.

Before the ICC got regimented and the future tours programmes came into existence, the BCCI — like all cricket authorities — would negotiate tours independently, but still had to go to the government for clearance of foreign exchange etc. A matter as serious as playing or boycotting a World Cup match against Pakistan is beyond its pale. In fact the government has decided on all cricket against the neighbouring country from the first ever bilateral engagement in 1952-53 till date. For all the optics surrounding Friday’s meeting, it was never going to be different this time. One doesn’t know how the government will respond in the next three months. In politics, situations evolve and positions can be hardened or transformed. My opinion, however, is that a boycott is not a worthwhile option.

If the objective is to ‘punish’ Pakistan, it is not served by refusing to play against them in a World Cup. It affects the tournament certainly, and possibly India’s prospects in the tournament, but Pakistan remains unscathed apart from negative publicity.

There is not even monetary setback to them. That comes through denying bilateral engagements, which India has denied Pakistan in the past 6 years, including winning an arbitration case with costs.

Instead of forfeiting the World Cup match, I believe India should deploy pressure through all other sources and avenues available to highlight cross border terrorism that has cost India so many lives over the years.

The fact that the United Nations Security Council put out a statement in the aftermath of the Pulwama attack naming Jaish-e-Mohamed, and forcing the Pakistan government to take some immediate action against terror groups shows these pressures can work. On its part, the COA has written to the ICC on two issues emerging from the Pulwama attack. One, ensuring the safety and security of Indian players and fans during the World Cup in this emotionally charged environment. This is an anodyne request, but worthwhile to put out officially. The other issue is of member countries alleged to be supporting/exporting terrorism. Without naming Pakistan, the BCCI asked member countries (through the parent body) that such countries be isolated from the sport, just as South Africa was when apartheid was prevalent there.

This is an unprecedented and strong demand and it remains to be seen how the ICC responds to it. South Africa was isolated when apartheid was a state policy. Pakistan has consistently been claiming that it is a victim of terrorism too.

It is not easy to convince international sports bodies to take punitive action against a country on the demand of another, as they are governed by the philosophy of ‘non-discrimination’ against individuals, teams and countries.

The International Olympic Committee for instance, has come down heavily on the Indian Olympic Association and the government of India for denying visas to two Pakistanis shooters and their coach for the World Cup being held in the country currently.

The IOC, which appears to have been assuaged after intervention by highly influential people, wants it secured in writing that this will not happen in future, else India hosting international tournaments in any Olympic discipline would be imperiled.

Cricket is not an Olympic discipline, and India is easily the most powerful-cum-richest nation in the sport today, but whether this heft will sway other countries in the ICC to take stringent action against a member country or treat the BCCI’s demand as sabre rattling remains to be seen.