Mithali reckons the series was a fine launchpad for preparation. 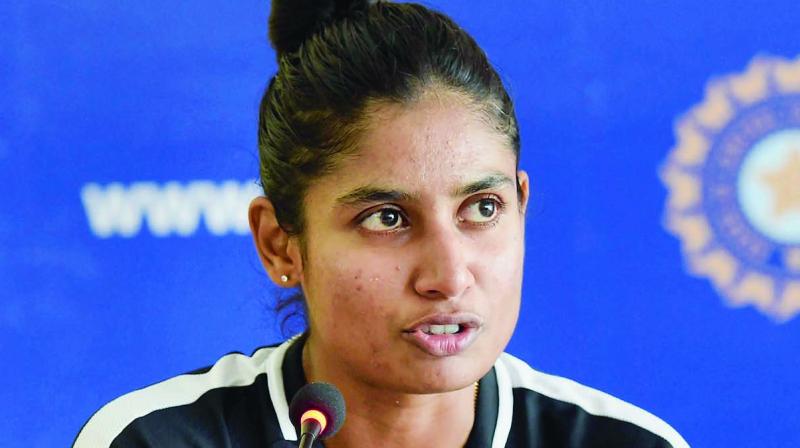 Mithali Raj at a press conference.

Mumbai: While Virat Kohli was hitting out at the Board of Control for Cricket in India for a cramped schedule before the Sri Lanka series in November, his female counterpart Mithali Raj and her team were cooling their heels being out of international action ever since the World Cup heroics from July, last year.

Travelling to South Africa on Wednesday morning for three one-dayers and five T20s, Mithali feels that the gap was needed to fend off the injuries and get back to the fitness levels. The first ODI is scheduled on February 5.

The long break
Most of the players travelling to South Africa featured in the women’s challengers’ trophy with opener Punam Raut finishing as the top-scorer. Mithali reckons the series was a fine launchpad for preparation.

“Before the World Cup, we were quite busy with the qualifiers, and other series as a preparation for the tournament. It has been a long series for us. After the World Cup, it was important for the girls to recover from injuries,” said Mithali on Tuesday at the pre-departure press conference.

“Ideally, players would have preferred a continuation in momentum, but, when you have injuries in your side, it is also important the need to have time to recover and get back,” she added.

Early arrival
The World Cup runners-up will arrive reasonably early for the series. The side will have two weeks in the South African conditions to prepare for the bouncy pitches. The women in blue returned with the trophy the last time they travelled.

“It is a very important tour. It is not going to be easy because we have played South Africa before, we have toured South Africa in a quadrangular series, but having said that, the SA team are a very good side.

“In the World Cup, they almost made it to the finals,” she said.

Geared up for Cup
The year will end for the ladies with the T20 World Cup that will commence from November 9 in the sun-drenched West Indies.

International Cricket Council’s stress on the T20s in the series very well implies that the players need to prepare for it. Mithali is fully aware of the challenge as only a handful of the Indians have had a taste of this format in WBBL.

“We are playing five T20s in South Africa, the one-dayers are equally important like the T20s.

“We are looking forward to the T20 games as well, because we, as a team, need to work really hard in this format.

“I think we have prepared very well for the series. We have done well in the World Cup. But, now we are getting into the New Year, and we have the T20 World Cup to look forward to.”

Sachin’s expertise
On Monday, Sachin Tendulkar visited the team to give the players a pep talk before the tour. Many girls were amused to meet the former cricketer as he spoke to each of them separately.

“Meeting Sachin yesterday was really nice and important for the players because of his experience over the years in the game. He dealt with pressure and failure, and when he shares it with the players could be really useful for the players,” she said.

The team will spend a month in South Africa aiming to continue their form from last year.