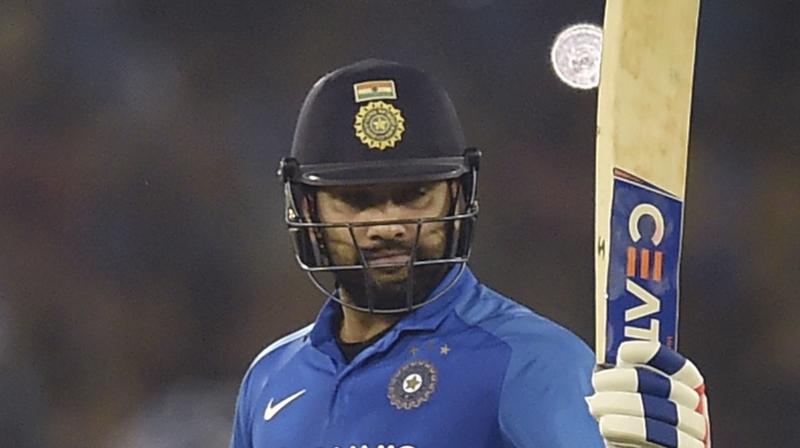 After playing a knock of 63 runs in the third and final ODI of the three-match series against West Indies here, India's opening batsman Rohit Sharma ended 2019 with the most number of ODI runs. (Photo:PTI)

Cuttack: After playing a knock of 63 runs in the third and final ODI of the three-match series against West Indies here, India's opening batsman Rohit Sharma ended 2019 with the most number of ODI runs.

In the third ODI at Barabati Stadium here, Kohli made 85 runs to take India to a four-wicket victory over West Indies. The win enabled the Men in Blue to take the series 2-1.

Windies' batter Shai Hope has the third-highest ODI runs in 2019 as he finished with 1,345 runs from 28 matches.

In the decider game, Rohit broke Sri Lanka's Sanath Jayasuriya's 22-year-long record of scoring the most international runs as an opener in a calendar year.

Prior to the match, Rohit needed just nine runs to break the record and the batsman managed it with ease against West Indies.

Earlier this year, Rohit had scored five centuries in the ICC Men's Cricket World Cup in England. As a result, he became the first batsman to record five 100-plus scores in a single edition of the tournament.

During the second ODI at Visakhapatnam, the 32-year-old also went past 11,000 List A runs.