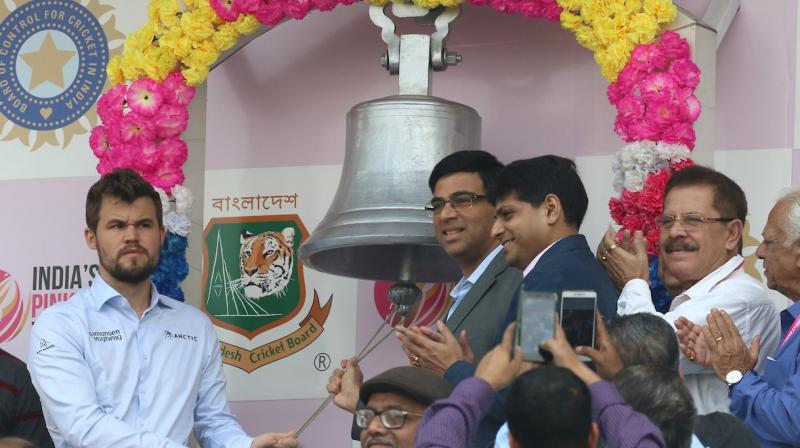 In the pink-ball Test, India ended the first day at 174/3 after bundling out Bangladesh for 106 in the first innings.

Virat Kohli and Ajinkya Rahane resumed day two for India at the individual scores of 59 and 23 respectively.

BCCI president Sourav Ganguly had invited the Bangladesh PM for the historic occasion.

Before the start of the play, Hasina and Banerjee at 12:58 pm rang the Eden Bell in the presence of BCCI president Ganguly and secretary Jay Shah.