Sourav Ganguly: 'Will support Virat Kohli in every possible way'

Sourav Ganguly officially took over as the 39th BCCI president. 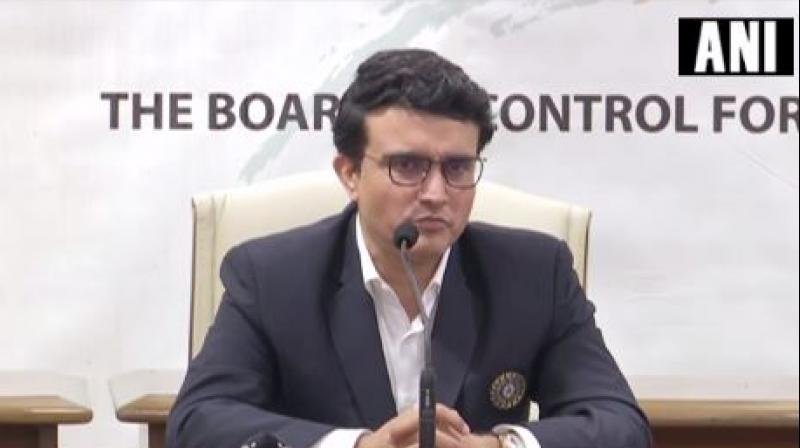 One of the most elegant left-handers to have represented India, Ganguly is expected to make use of his experience gained as the secretary and later president of Cricket Association of Bengal (CAB). (Photo: ANI)

Mumbai: Sourav Ganguly, who took the oath as BCCI president today, addressed media in a press conference in Mumbai.

The 47-year-old Ganguly was officially entrusted with the task of heading Indian cricket for the next nine months at the BCCI's General Body meeting here, ending a tumultuous 33-month reign of the Supreme Court-appointed Committee of Administrators (CoA).

#WATCH from Mumbai: Sourav Ganguly addresses media after taking over as the BCCI President. https://t.co/q8djFRhPhX

Ganguly has promised that he will make sure that BCCI remains a corruption-free body and will lead BCCI just as he led India. "No compromise on credibility, corruption-free and same for all BCCI, just as I led India," he said.

He also reiterated that Virat Kohli, being Team India's captain, is the most important person and will make sure that he supports him in every way he can.

He said, "I will speak to Virat Kohli tomorrow, will support him in every possible way, whatever he wants. He is the most important man, we will listen to him. Mutual respect will be there, opinions will be there."

Ganguly also went on to speak about Mahendra Singh Dhoni. He hinted that Dhoni may not be retiring any time soon. He said, "Champions don't finish very quickly. Till I am around, everybody will be respected."