The legend also gave a few words to wisdom to the struggling youngster. 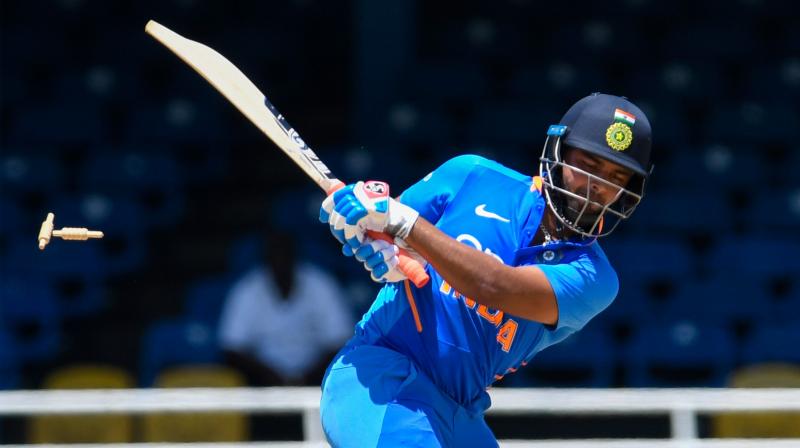 Sunil Gavaskar also went on to state that the difficult period which Rishabh Pant is facing now is also faced by most of the cricketers in their career. (Photo: AFP)

Mumbai: Legendary former Indian cricketer Sunil Gavaskar is not happy with the way Rishabh Pant is being treated at present by the Indian management. The former Indian captain believes that the management could send Pant in at No. 5 to allow him in playing his natural, aggressive game.

Gavaskar gave his opinion on Rishabh in a column for the Sunday Mid-Day. He wrote, “Giving him a bit of breathing space by slotting him at No. 5 could also help, for at that number he will invariably come in to bat where his aggressive batting is needed from the start rather than when he has to build his and the team’s innings.”

The legend also gave a few words to wisdom to the struggling youngster.

He wrote, “With experience he will be better at shot selection and will be more consistent but right now he needs a hand around his shoulders rather than a public dressing down. The most important thing for the young man to understand is that he has to play according to the situation and not according to the expectations of the public.”

Gavaskar also went on to state that the difficult period which Pant is facing now is also faced by most of the cricketers in their career.

"The talented young man is going through the second-season blues which most players go through. In the first season, there’s not that much information about the player and so he can sail through without much difficulty but by the time the second season starts, there is more data and info available not just through the recorded matches but also through the cricketing grapevine. So the opposition is better primed,” he wrote.