Sports   Cricket  23 Sep 2017  We are having too many collapses, says Steve Smith
Sports, Cricket

We are having too many collapses, says Steve Smith

Smith said they must try to execute their plans in their bid to hopes alive during the five-match series. 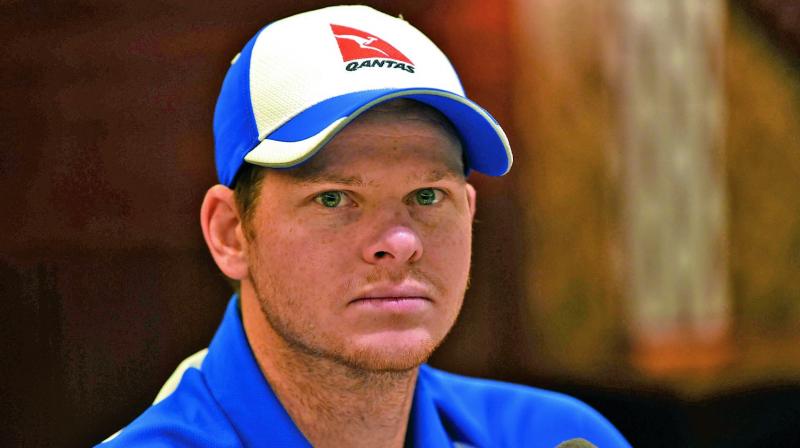 Kolkata: Australia captain Steve Smith is unable to figure out why his batting line-up is falling apart in crunch situations across formats, admitting that it is happening way too often to his liking.

Chasing a modest target of 253, Australia lost their last eight wickets for 112 runs with seven of their batsmen failing to get to double digits to be bundled out for 202 in 43.1 overs.

“Well, it’s happening a bit too often for my liking to be honest with you — in all forms of cricket. We have had a lot of collapses and we need to stop it,” a dejected Smith said at the post-match press conference.

However, he did not explain whether it has got do with poor technique while facing wrist spinners or the temperament -- a must for playing top-flight cricket.

“It’s a hard to put my finger on but whatever it is. It needs to change and we need to make better decision when we are under pressure and start playing properly. It’s not good enough,” the skipper said.

Smith said they must try to execute their plans in their bid to hopes alive during the five-match series.

“The guys have trained and trained really well. It’s now about getting in the middle and executing those when you are under pressure. This game we just couldn’t get the partnerships, we are just making silly errors. You are not allowed to do so against a quality line-up like India.”

The skipper’s irritation was palpable when he said that talking won’t help and they needed to go out there in the middle executing their plans.

“It’s just easy to just sit here and say it needs to stay but when you get out in the middle, you’ve to change what you’re doing because it’s not working.”

Asked whether they’re panicking, he said: “Not panicking as such. I thought we panicked during last game a little bit. Maybe the guys are trying to watch the ball too closely and forgetting about just playing the game.”

Marcus Stoinis waged a lone battle with a 62 not out while Smith, in his 100th ODI, failed to convert his impressive 59 after with substitute Ravindra Jadeja taking a superb forward diving catch in the deep.

“(Marcus) Stoinis played vert well at the back end. But, someone in the top four, myself or Heady (Travis Head), particularly once we got in, had to go on and probably be there till the end,” said Smith.