Jofra Archer is 'over the moon' after clinching six wickets

Archer said that claiming fifers or sixfers are the things for which a player trains for. 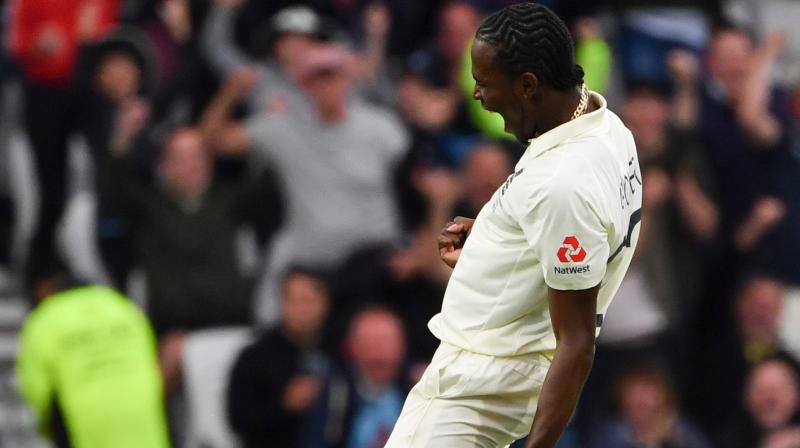 Jofra Archer's impeccable spell helped his side bowl Australia out for just 179 in their first inning. (Photo:AFP)

Dubai: England pacer Jofra Archer said that he was 'over the moon' after clinching six wickets on day one of the third Ashes Test on Thursday.

Archer's impeccable spell helped his side bowl Australia out for just 179 in their first inning. He said that these are the things for which a player trains for.

"I'm over the moon to get six wickets. I guess these are the things you train for. If you train hard in the game, you should be rewarded eventually. [And] I don't need to run in and bowl 90mph every spell to get wickets. It's shown that today," ICC quoted Archer as saying.

England crowd has always backed their players and supporters at Headingley Cricket Ground. The venue of the third Ashes Test was not an exception.

Reflecting on the same, Archer said: "The support is heartwarming. Whenever I walk to my mark, everyone cheers. When we get a wicket, there's even more support. It's nice to feel welcomed and appreciated."

England will start their first inning on Friday.