Australia displayed a dismal performance on day one of the third Ashes Test match on Thursday as they were bundled out on 179 runs. 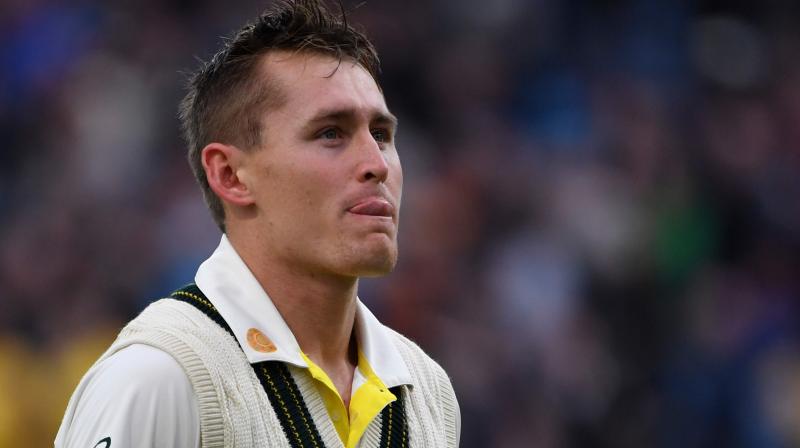 England bowlers were at their devastating best and Jofra Archer picked up six wickets. (Photo: AFP)

Dubai: Australia opener David Warner heaped praise on Marnus Labuschagne, who scored his second consecutive half-century, saying that the 25-year-old has got a lot of fight in him.

Australia displayed a dismal performance on day one of the third Ashes Test match on Thursday as they were bundled out on 179 runs. Only three players - Warner (62), Labuschagne (74) and Tim Paine (11) - managed to reach double-figure scores.

England bowlers were at their devastating best and Jofra Archer picked up six wickets. But Warner and Labuschagne provided their side with some momentum as they formed a 111-run partnership.

"I thought Marnus was outstanding with his discipline. Coming here and playing county cricket for Glamorgan, scoring runs and knowing where his off-stump is has paid off. He's got a lot of fight in him, and it was great to talk through our innings out in the middle," ICC quoted Warner as saying.

Labuschagne first played in the fourth inning of the second Ashes Test after he was named as concussion replacement for Steve Smith. Smith was then ruled out of the third Ashes Test, giving Labuschagne an opportunity to continue.

Labuschagne did not disappoint as he scored 59 runs in the fourth inning of the second Ashes Test and continued his brilliant form in the third Ashes Test as well.

"For us, it was about pushing the field. We always spoke about running between wickets and we pushed the field as much as we could. That can break up some tension when they're bowling well. Just little things we were ticking over in our minds, we were running hard, we were leaving well, but make sure we are being ultra positive and that's probably why we got that period," Warner said.

Warner also made an impeccable comeback in the Ashes after failing to perform in the first two Ashes Test matches.

Despite the poor performance in the first two matches, Warner never doubted himself and said he was always confident.

"I was always confident I could find form. Good balls were getting me out, and that happens in this form of the game. I got another one today. It was very challenging in that first half-hour. I probably played and missed 35 times, but that happens and a little bit of luck comes into it. You just have to work out how to survive," he said.

England will start their first innings on Friday.