Ashes 2019: Josh Hazlewood takes fifer as England gets bundled out for 67

It was England's lowest total against Australia since 1948. Only one player, Joe Denly (12), reached double figures. 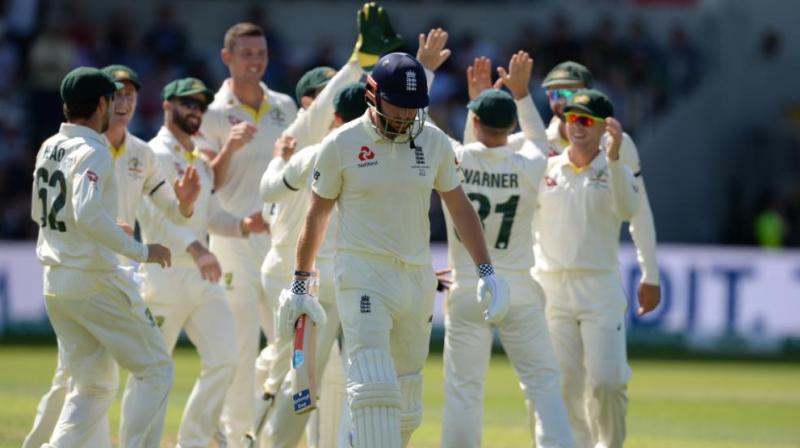 Leeds: Australia skittled out England for just 67 off 27.5 overs to take a 102-run lead after the first innings soon after lunch on Day 2 of the third Ashes test at Headingley. It was England's lowest total against Australia since 1948. Only one player, Joe Denly (12), reached double figures.

Resuming on 54-6, England lost Chris Woakes (5), who was strangled down the leg side off Pat Cummins, to the first ball after lunch and then Jos Buttler (5) to the first ball of the second over when he chipped a drive off Josh Hazlewood to short cover. The next over, Jofra Archer left his bat in the air as he tried to get out of the way of Pat Cummins' short ball and nicked an edge behind for 7.

Jack Leach was the last batsman to depart when he was bowled by Hazlewood, giving the paceman figures of 5-30 off 12.5 overs. Cummins had 3-23. Australia, which leads the five-match series 1-0, is assured of retaining the Ashes if it wins in Leeds.