'Had a feeling we could win World Cup', says pacer Liam Plunkett

England changed their fortunes around from the 2015 World Cup campaign when they were knocked out in the group stages itself. 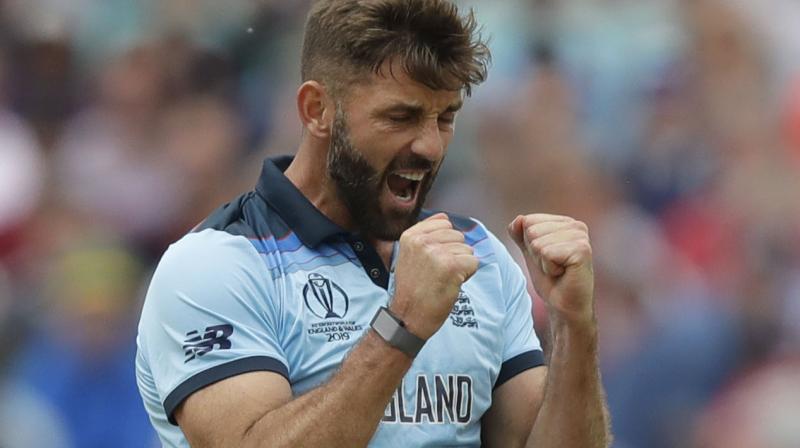 In the 2019 World Cup, England were on the brink as they lost back-to-back matches against Sri Lanka and Australia, but they were able to defeat India and New Zealand to make it to the semi-finals. (Photo: AP)

London: Just a week after winning the ICC Men's Cricket World Cup, England's pacer Liam Plunkett has said that he always thought that the team could win the tournament.

"Deep down inside, I don't believe it's written in the stars and stuff, but I had a feeling we could win it. And I still believed that when Jof got hit for six in the last over, still thought he'd run up and bowl a wide yorker and game won. Because he's a cool cat under pressure. It's starting to sink in now," ESPN Cricinfo quoted Plunkett as saying.

England had scripted history on July 14 by claiming their first-ever World Cup title. The finals will be remembered for ages as it did not have a winner after the 50-over and super-over action as both ended in a tie.

In the end, England were announced the winner as they had hit more boundaries - 26 - as compared to New Zealand's 17 in the match.

Plunkett revealed that for the whole tournament, he slept just four hours every night and he always used to remain on the edge.

"The whole World Cup, I was sleeping four hours a night, I couldn't sleep at all, I was on edge. I never felt tired during the games, I was just excited. Wanted to do well, probably the last World Cup you play in the 50-over competition, what you've built up for the last four years as a group. You're ranked No. 1, you know you have the potential to win the World Cup, but after a couple of defeats it's now or never," Plunkett said.

England changed their fortunes around from the 2015 World Cup campaign when they were knocked out in the group stages itself.

The England Cricket Board (ECB) and team director Andrew Strauss changed the limited-overs personnel and brought in ODI specialists, which resulted in the team being the number one ODI side.

In the 2019 World Cup, England were on the brink as they lost back-to-back matches against Sri Lanka and Australia, but they were able to defeat India and New Zealand to make it to the semi-finals.

"I wasn't playing, I was dropped at the time and my opinion was 'I'm frustrated, inside I'm pissed off a little because I'm not playing. I feel like I can help win games. I'm not saying I should be playing, but everyone was open saying, I am disappointed, I feel I can help the team," Plunkett said.

"Everyone understands that you're allowed to be, as long as you don't show it around the boys, or giving negative energy off, trying to slag people off. It's just because you want to win. It was good to have that chat. Everyone just said, people are nervous, people are excited, people are disappointed," he added.
England will take on Australia next in the Ashes, beginning August 1.