England have been explosive and irrepressible when batting first, but not second when the run chase has to be planned. 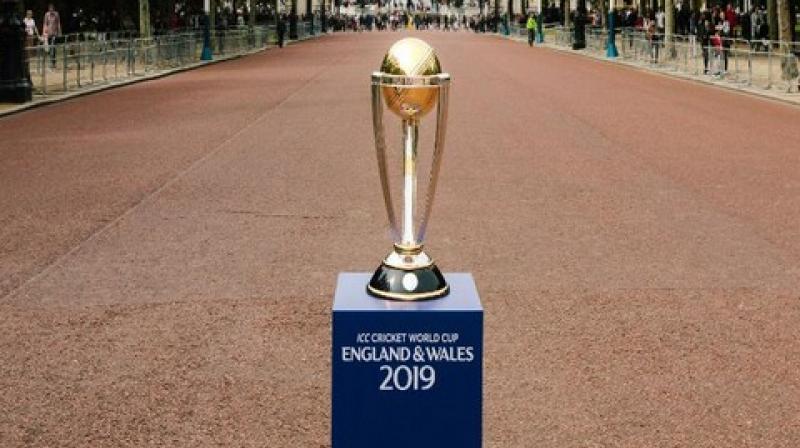 Consider England, ranked no.1 by ICC and top favourites for this tournament. At 8 points, they are within grasp of a place in the semi-final. (Photo: ICC/ twitter)

Sri Lanka’s shock victory over England threw an unexpected quirk into the World Cup that, till then, was playing out to script.

England, India, Australia and New Zealand were widely projected as the four likely semi-finalists when the tournament began. Pakistan, West Indies and Sri Lanka were the ‘outsiders’ and Bangladesh and Afghanistan the absolute ‘outliers’.

In the first 10 days, barring the dismal form of South Africa, there was very little to destabilize this projection: in fact, the major talking point was the weather which had interfered with a fair number of matches.

The next fortnight, however, threw up some surprises, starting with Bangladesh, having beaten South Africa, also getting the better of West Indies who had lapsed into mediocrity. But none was bigger than Lanka upstaging the home team.

England, of course had suffered an early setback against Pakistan. But this was seen as an aberration, particularly after Pakistan’s dismal performance against India. The defeat to Lanka suddenly made the World Cup come alive.

While the four projected semi-finalists remain unchanged still, there is a rider to the equation now: West Indies, Pakistan, Bangladesh and Sri Lanka all have a mathematical possibility of making it to the last four!

None of these sides have it easy, of course, but the matches coming up in the tournament are suddenly spiced with possibilities and drama that didn’t seem likely two-three days ago.

Consider England, ranked no.1 by ICC and top favourites for this tournament. At 8 points, they are within grasp of a place in the semi-final. But their remaining matches are against Australia, India and New Zealand, three other strong sides.

England need to win two of these to assure their entry into the knock-out phase. They could huff and puff their way into the semis with one win, but this would depend on results in several other matches.

And even then what’s the guarantee that England can win even one, given the quality of the opposition! So what was perceived as the best side in the tournament, with most depth in batting and bowling, is precariously placed.

It is interesting to study why England are in this position. The two matches they’ve lost have both come batting second. While against Pakistan, it was a formidable 348 they were chasing, against Lanka it was a modest 232, but yet failed.

To me it shows vulnerability under pressure because they have followed a one-dimensional approach in the batting, which is all-out aggression. They have the strokeplayers to effect tis, and looks scintillating when it works, but is also fraught with risk.

England have been explosive and irrepressible when batting first, but not second when the run chase has to be planned. This is when batsmen are required to temper their aggression, adjust to changing conditions and situations.

There is a lesson from England’s plight for other teams in the tournament, including India. Playing at this level demands constant appraisal of how a match is progressing and adapting tactics and approach accordingly.

Matches can’t be won on ego, and while entertainment value in a player is always admirable, it is not the key determinant in the outcome. Oftentimes, a conscious and deliberate curbing of natural attacking instincts is crucial.

Kane Williamson showed that with a superbly crafted century against South Africa, something that no English batsman showed against Sri Lanka. Even the normally circumspect Joe Root fell when his team needed him to stay put in the middle.

Coming to India, the team’s been thoroughly efficient in winning three matches out of four, the odd one (against New Zealand) being washed out.

Obviously, the hype and hoopla was centred around the contest with Pakistan for its emotional quotient. But frankly, given their current strength, Pakistan were never a serious threat and the match was lacklustre.

The victory over Australia was the most impressive so far: India batted to potential in notching up a 300-plus score, then bowled superbly to defend this on a flat Oval pitch. The team’s all-round strength was shown up superbly in this match.

As I write this piece, India have had a stuttering start against last-placed Afghanistan, losing their top four batsmen with less than 150 on the scoreboard. The result’s unknown for now, though I’ll be very surprised if India don’t win. But the point has been reinforced that no team, not even India, can take things lightly in this World Cup.