Gupta pointed out that Chaudhry is holding the post of BCCI Joint Secretary along with being the Acting Secretary since March 2015. 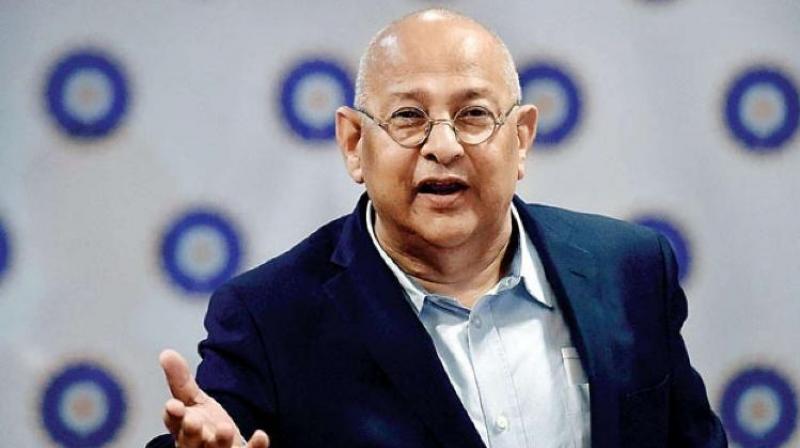 New Delhi: MPCA member Sanjeev Gupta on Wednesday asked the BCCI Acting Secretary Amitabh Chaudhry to give up all his posts as he stands "disqualified to become an office bearer" of the national governing body for cricket in India.

Gupta further said: "If a person has held the post of office bearer in respect of a State Association for a period of nine years, he will not be disqualified to contest for the post of office bearer of the BCCI. As such you are not eligible to hold any post, what so ever now in State Association as per Rule Number 6(5) (f) (you have completed 9 years as JKCA Office bearer Cumulatively) but at the same time you are eligible to complete your 9 years term as BCCI Councillor with subject to rule number-14(3 to 9 )."

Gupta pointed out that Chaudhry is holding the post of BCCI Joint Secretary along with being the Acting Secretary since March 2015. The MPCA member stated that Chaudhry had been the President of the JKCA from 2002-2017 (as per JKCA Website) as a result he is breaching rule number 14(4) of the BCCI Constitution dated August 8, 2018.

MPCA member alleged that according to media news, Chaudhry attended ICC Meeting(s) after BCCI's new constitution got registered on August 21, 2018.

"As such inadvertently you breached BCCI Constitution rule number -- 14(9) page number -- 43, without relinquishing your post as BCCI Councillor and as such it is vacated by default, as under -- Any Vacancy in the Apex Council due to death, resignation, insolvency, unsoundness of mind, resignation, nomination to ICC or other disqualification shall be filled up for the remaining period."

Gupta also stressed on the Rule Number-8(j) on page number- 9, stating: "To appoint the BCCI's Representative or Representatives on the International Cricket Council and or similar organizations."