Sports   Cricket  23 May 2019  Glenn Maxwell opens up on his batting and bowling strategies ahead of World Cup 2019
Sports, Cricket

After competing with India and Pakistan and registering victory over both, Maxwell decided to go to England instead of participating in IPL. 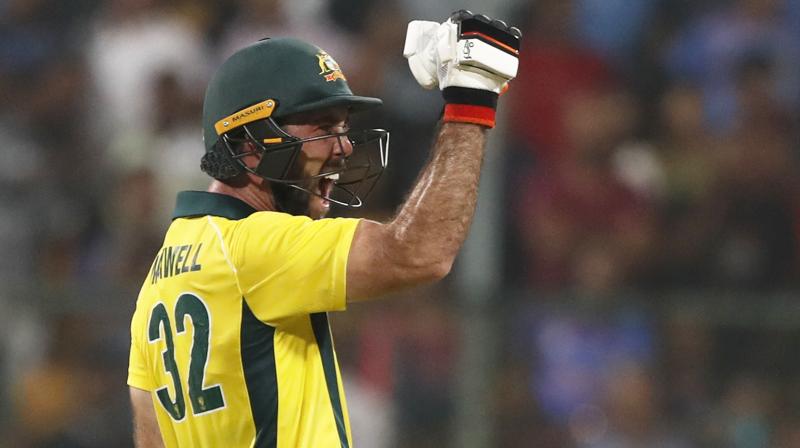 Dubai: Australia all-rounder Glenn Maxwell has been honing up his skills to bowl as many dot balls as he can and limit to bowl 'boundary balls' to create pressure on the batsman.

"Try not to get hit for six most of the time. For me, I suppose, a lot of the time that I bowl, I just try to limit the boundary balls. As long as I'm doing that, if they hit some good shots off my bowling, I'm not too fazed," ICC quoted Maxwell, as saying.

"If I'm limiting the boundary balls and giving myself the best chance to squeeze a few dot balls, bowl a couple of tight overs, it might create a bit of pressure at the other end," he added.

After competing with India and Pakistan and registering victory over both, Maxwell decided to go to England instead of participating in the Indian Premier League to tune himself for the World Cup. His county stint included six List A games with Lancashire at the One-Day Cup.

"I think it's important for me to just bowl in a partnership with someone. That's probably the clarity I have in my role, and it's something I did a bit in Dubai [against Pakistan] and India and started to get a few more overs, a bit more consistency... To have that continue into my time at Lancashire, where I got plenty of time at the bowling crease, you get that rhythm, you get that feel of the ball coming out consistently," he said.

"You need that as a part-time bowler, to have that consistency of time at the crease and get a few of the cobwebs out, I suppose," Maxwell added.

Moreover, Maxwell does not want to deliver through just bowling as he also wants to stand on the pitch till the end to make sure his team wins.

"I just want to have an impact on games in a really positive way and be able to control the back end. I have expectations on myself to finish off games and be the guy who's standing there at the end of the game and making sure that we win the game," he added.

Australia will face Afghanistan for their first World Cup 2019 clash on June 1.