Chief selector MSK Prasad and Devang Gandhi will travel to UK during the Champions Trophy. 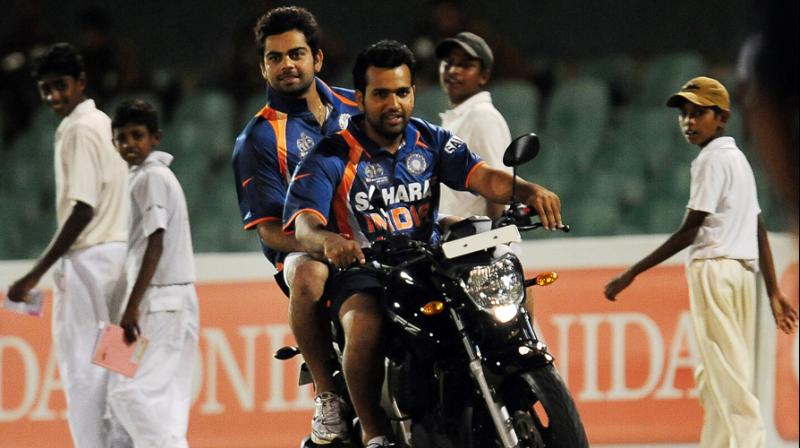 Sharjah: Rohit Sharma is set to be Team India’s vice-captain for the upcoming ICC Champions Trophy next month, it has been learnt.

Although the Board of Control for Cricket in India (BCCI) selectors have not named a vice-captain for Team India, it is believed that Rohit Sharma will fulfill that role in an unofficial capacity.

"The selectors have not announced the name of the vice-captain. However, among themselves, they have already chosen one, but will be announced only if required in emergency," a source placed highly within the BCCI said.

Chief selector MSK Prasad and Devang Gandhi will be on a flight to UK. The third selector Sarandeep Singh will remain in India.

The ICC (International Cricket Council) has confirmed all teams including Team India, which was announced days after missing the dead-line.

Rohit Sharma recently captained Mumbai Indians to a record third Indian Premier League title, something that would have pushed up his stock in the leadership role.

"They always pick the reserve bench but the names are not announced. This time the BCCI directed them to announce the names," the source further added.

"No, they will not be demoralised on missing the bus. On the contrary they will be happy to know that they came close (to being selected)," one of the selectors said.