Parthiv Patel opens up about his Team India future

Parthiv Patel was part of the victorious Mumbai Indians squad, which won the IPL title for the record third time. 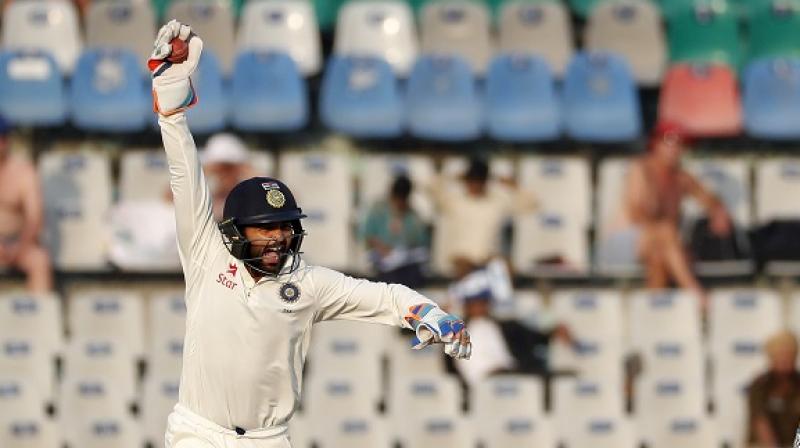 Mumbai: Wicket-keeper batsman Parthiv Patel may not have been selected for the upcoming Champions Trophy scheduled in England from June 1 even as a last-minute replacement but he says he does not play the game now with the sole intention of getting picked by the selectors.

Patel was part of the victorious Mumbai Indians squad, which won the IPL title for the record third time last night, defeating Rising Pune Supergiant by one run in a thriller at .

"Honestly, I don't worry about selection anymore. I have been old enough and been around for years. I don't play cricket to get selected," Patel told reporters on Monday at the Mumbai Indians' media conference.

"I am enjoying and have been at the peak of my game, had a great year, winning Ranji Trophy (for Gujarat), making a Test comeback (for India) and winning IPL and playing well in IPL. If I keep doing it, rest of the things will follow.

"I don't worry about who has been picked (or not), that is not part of my job. If I keep," the stumper added.

With Manish Pandey, originally picked in the Champions Trophy squad, picking up an injury and needed to be replaced, the selectors opted for another seasoned 'keeper-batsman Dinesh Karthik of Tamil Nadu, who is also on a comeback trail and played for Gujarat Lions in the IPL.

"He has got a skill set which is going to make him a successful bowler. It is his first 50 over (ICC) tournament, so it will be little difficult. The way he has been bowling in this tournament (IPL), if he carries that form to the Champions Trophy, then he is going to play a big role in success for ," said Bond.

Bond, who scalped 87 Test wickets, also said that Bumrah has delivered under pressure for both MI and Indian team, adding the bowler with the unorthodox action will be a world class bowler across all formats.

"I think he will be a world class bowler across all formats," said Bond.

MI captain Rohit Sharma said he did not want to put undue pressure on the young bowler by saying he is the number one T20 bowler in the world.

"I don't want to say he is the no. 1 T20 bowler in the world (currently) and put him under pressure. He showed in that Super Over defending what, 11 runs? (But) Bumrah has got all abilities to be the no. 1 bowler," Sharma said.

Sharma also defended the team's decision to drop seasoned off spinner Harbhajan Singh for the last four games, including the final, from the eleven.

"It was a tactical change. Nothing related to performance and (I) have mentioned it before," he quipped.

Harbhajan, an integral part of the MI playing eleven in the previous nine seasons, was struck for 45 runs in three overs in MI's last home game against Kings XI Punjab at the Wankhede Stadium on May 11 and did not get a look-in again.