Kumar Sangakkara, who retired from Test cricket in 2015 with 12,400 runs, is standing fifth in the list of all-time Test run scorers. 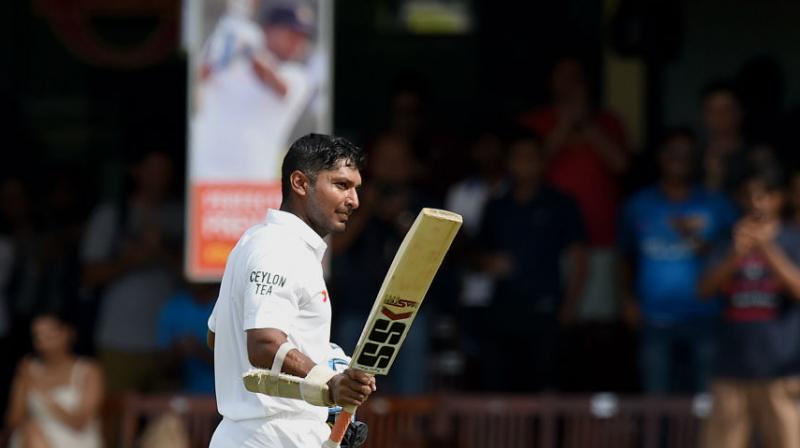 Kumar Sangakkara was a pivotal member of the Sri Lanka team that lifted the 2014 World Twenty20 trophy. (Photo: AFP)

Melbourne: Former Sri Lankan batting great Kumar Sangakkara has announced that he will call curtains on his First Class cricket in September at the end of England's county championship season.

Although his Twenty20 commitments will take him through to 2018, he has declared that his time in the longer format is almost over.

Pointing out that he would turn 40 in next few months, the Surrey batsman insisted that it is the last time he would play a four-day game here, cricket.com.au reported.

The 39-year-old, who retired from Test cricket in 2015 with 12,400 runs, is standing fifth in the list of all-time Test run scorers averaging more than 57 runs across 134 Tests besides also notching up 11 double centuries.

Having also been one of the all-time great limited-overs batsmen, Sangakkara was a pivotal member of the Sri Lanka team that lifted the 2014 World Twenty20 trophy.

He was also a part of the national side that reached both the 2007 and 2011 World Cup finals, although they lost to Australia and India respectively.

Sangakkara, who joined Surrey for the 2015 season, has currently been performing well in county cricket as he has amassed more than 1,000 First Class runs last term and hit two centuries for Surrey against Middlesex at the weekend.