Dhoni, not so cool!

Cricketers reveal moments when ‘Captain Cool’, M.S. Dhoni, lost his cool and lashed out at them 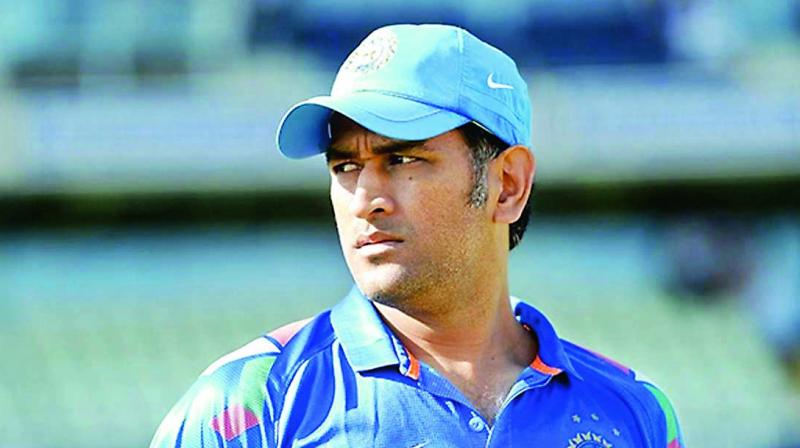 M.S. Dhoni is still considered India’s most level-headed cricketer, who took the moniker “Captain Cool” when he captained Team Blue. Even the present Team India captain Virat Kohli has admitted that he’d like to acquire Dhoni’s composure and ability to not panic under pressure.

In fact, many an ardent fan of Dhoni might remember the book Captain Cool: M.S. Dhoni, which was authored by Gul-Fraaz Mohan Ezekiel (popularly known as Gulu Ezekiel). Gulu had said in his book, “Mahendra Singh Dhoni is as calm and unruffled a sportsman on the field as he is self-effacing off it.”

Speaking on a YouTube show, Ishant revealed about how the Chennai Super Kings captain, Dhoni, whom Ishant addressed as “Mahi Bhai”, was irritated after watching his batting skills during the second qualifier for IPL 2019.

“Last year, in the IPL, Mahi bhai used to make fun of me that I can’t hit sixes, telling me that I didn’t have that power. Then came Jaddu (Jadeja), and I smashed him for a four and followed it with a six. Then, I turned my head towards Mahi bhai to see his reaction, who abused Jaddu,” says Ishant.

Another once, cricketer Kuldeep Yadav also described how Dhoni had lost his cool for the “first time in 20 years...”.

“Kusal (Perera) once smashed my bowling to the boundary over the covers,” says Kuldeep to a sports anchor on an Instagram chat. “Dhoni bhai shouted from behind the wickets, asking me to change the fielding. I did not listen to his suggestion and at the next ball, Kusal hit another boundary with a reverse sweep.”

What followed was something that Kuldeep didn’t expect.
“An angry Dhoni came up to me and said, ‘Main paagal hoon? Teen sau one-day khela hoon, aur samjha raha hoon yahaan pe’ (‘You think I am mad? I’ve played 300 ODIs and here I am, trying to guide you’).”

So scared was the UP spinner of Dhoni that even when the game had ended and they were all on the team bus, he went up to his captain to apologise again. Then he asked him if he’d ever lost his composure like that in the past. “And Dhoni bhai said, ‘Bees saal se gussa nahi kiya hai (I have never shouted at anyone for the last 20 years)’,” recollects Kuldeep.

When we spoke to Dhoni’s childhood coach Kajal Das about the above incidents, he sounded wonder stuck. “I’ve coached Dhoni for three years and have never seen him losing his cool,” he says in response. “So, this is news to me. Because even now, whether it is as the India captain, a batsman or a wicketkeeper, I’ve never heard of him shouting at any player. I still believe he is the most cool-headed Indian cricketer.”

Dhoni’s friend Satya Prakash, who has played first-class cricket with Dhoni, also appears to be in disbelief. “Even during our playing days, he was very calm. We worked in the Railways together, and even there, he was very cool-headed,” says Satya Prakash.

So, Captain Cool is not ice-cool after all. He has indeed lost his temper, although even by a fair account, few and far between.