Indian player Bhuvneshwar Kumar will take over the captaincy for the match against CSK in his absence. 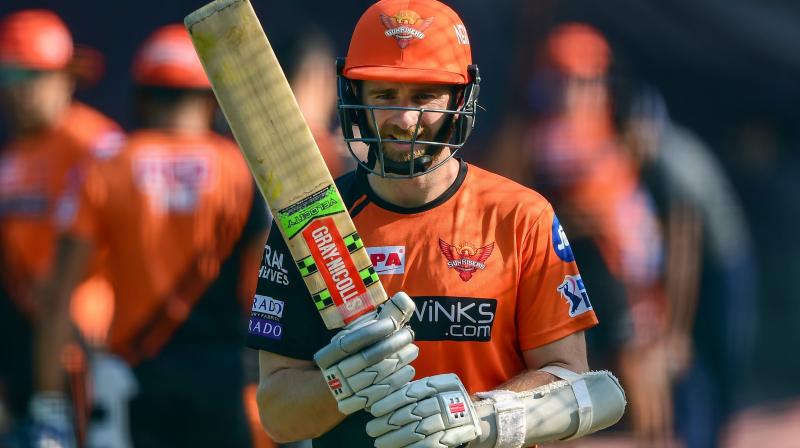 SRH are currently sitting fourth on the points table by winning five out of nine mathches. (Photo: PTI)

London: Sunrisers Hyderabad captain Kane Williamson returned home (New Zealand) due to a personal tragedy, and apparently will not be playing their Indian Premier League (IPL) match against Chennai Super Kings on Tuesday.

He is likely to return to the Hyderabad squad ahead of the team's next match against Rajasthan Royals on April 21, ESPN Cricinfo reported.

Indian player Bhuvneshwar Kumar will take over the captaincy for the match against CSK in his absence. Kumar had led the team earlier also when Williamson was unavailable due to a shoulder injury.

Mohammad Nabi or Shakib Al Hasan might replace Williamson for the match against CSK. Their addition will strengthen the spin bowling department of the team.

Sunrisers Hyderabad defeated Kolkata Knight Riders on Sunday to reach the fourth position in the IPL League standings. It will take on Chennai Super Kings at Chennai, today.