Electing to bat first, Parsee Gym recovered from a shaky start to post a challenging total of 209/6 from their quota of 20 overs. 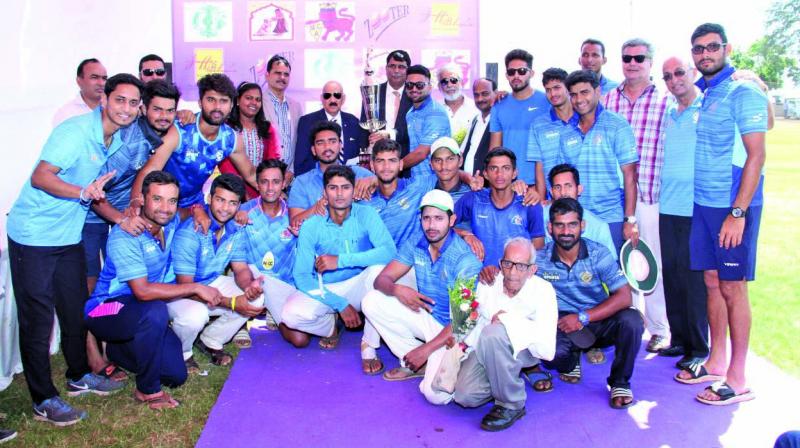 Electing to bat first, Parsee Gym recovered from a shaky start to post a challenging total of 209/6 from their quota of 20 overs. Later their bowlers showed a lot of discipline and accuracy, and backed by good support from the fielders they restricted the Payyade batsmen to a measly 144/9 from their stipulated 20 overs.

Aman, the number three batsman, who came in at the fall of opener Aakarshit Gomel’s wicket in the very second over, put up a brave front as he batted solidly to give momentum to the Parsee Gym innings. He cracked six boundaries and three well-timed sixes in his 41-ball knock. He and Raunaq were associated in a 67-runs partnership for the third wicket. He then added 31 runs for the fourth wickets with Kaizar Dafedar (27) to take Parsee Gym past the 150-run mark. Later, Dafedar and Shams Mulani, who smashed a 12-ball 44, put together a solid 53-run partnership for the fifth wicket which further propped the innings, which closed at 209.

In reply, the Payyade batsmen were unable to concentrate and stay long at the wicket. They seemed all at sea against leg spinner Sharma and off-break bowler Puneet Tripathi and lost wickets at regular intervals. Except for number four, left-handed Parag Khanapurkar (37) and a late charge from Badre Alam (22), there was no fight from the other Payyade batsmen. Sharma picked 3/26 from his four overs and Puneet Tripathi got 2/22 to ensure Parsee Gym coasted to victory and defended their title. Aman Khan was later declared Man of the Match.