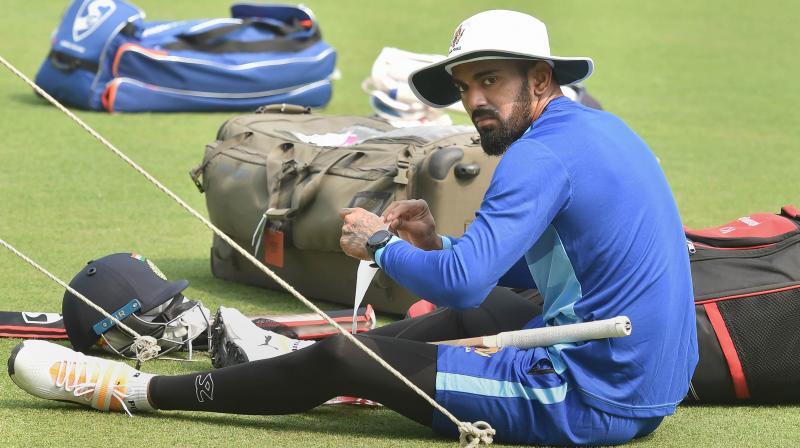 Mumbai: Former India cricketer Sanjay Manjrekar says young batsman K L Rahul is most suited for the number five position in the batting order in the ODIs but suggested that the team management must look for batsmen like Suresh Raina and Yuvraj Singh.

KL Rahul had batted in the middle-order in the home ODIs against Australia in January earlier this year with success. He later continued his fine form in the limited-over series in New Zealand. Of late, the Karnataka player has also been keeping wickets in the 50-over games.

Manjrekar, who played 37 tests and 74 ODIs, was responding to questions from fans after he asked them "talk cricket" with him on his twitter page.

He was asked whether India should stick with Rahul at number five in ODIs and does he find other batsmen other than Rahul to be in that position.

To which, Manjrekar, also a renowned commentator, tweeted, "For the moment he is the right fit. But we must keep looking for a Raina and Yuvi kind of batsman when Rahul eventually moves to the top."

The former Mumbai batsman was also asked who he thinks was the right choice for number four and all-rounder's spot in the T20 World Cup to be held in Australia. Manjrekar picked Shreyas Iyer and Hardik Pandya respectively.