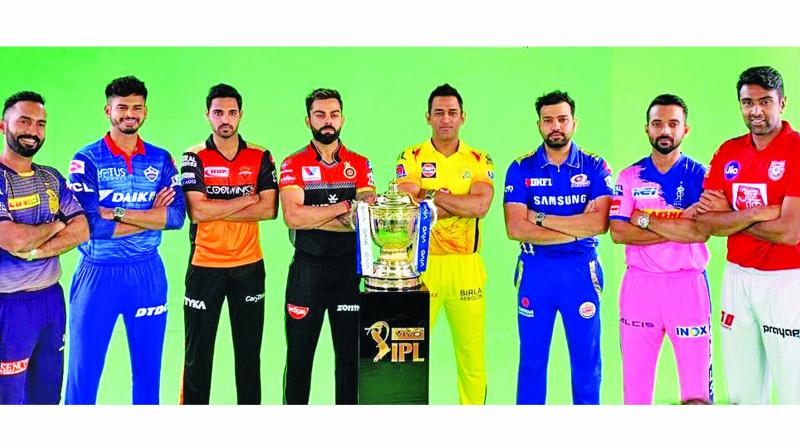 CHENNAI: For someone who has an insatiable appetite for scoring runs and winning trophies, Virat Kohli’s failure, thus far, to win the coveted IPL crown sticks out like a sore thumb. Since Kohli took over the reigns in 2011, Royal Challengers Bangalore have come closer to winning the title twice (2011 and 2016) only to falter at the final hurdle and add to the ignominy of being perennial underachievers.

In the cutthroat world of franchisee cricket, Kohli is considered lucky to have survived eight long seasons as RCB captain. There is no denying the fact that the India captain’s star power adds value to the franchisee, but IPL is not just a brand building exercise for the corporate giants who invest in millions.

The IPL Season 12 that begins here at the M.A. Chidambaram Stadium on Saturday will be Kohli’s yet another attempt to break the duck. First up for RCB are Chennai Super Kings, who are at the other end of the spectrum having won three titles.

The brand that Super Kings are now has always been revolved around M.S. Dhoni who transforms into a different cricket whenever he sports the yellow jersey. Not many waged money on them to win the title on their comeback season last year, especially with the squad dubbed as “Dads Army.” But they pulled off a stunner with their evergreen captain leading from the front.

Kohli doesn’t care whether he’s going to be judged on his IPL captaincy or not. “Obviously, you want to win the IPL. But there are no real parameters you set. I try to perform wherever I can. I try to win all the possible titles, but sometimes it just doesn’t happen. We have to be practical about why we haven’t won,” Kohli said.

The RCB skipper, however, conceded that he had made some tactical mistakes under pressure. “It also boils down to those bad decisions. But, if I think like people from outside, I can’t even sustain for five games. I would be sitting at home. I know people talk about it a lot and they like to grab opportunities to talk about these things. The fact that we played six semifinals means that we have been a side who are always in contention. If we make better decisions, we can go further than that,” Kohli added.

Chennai coach Stephen Fleming, who has been with the franchisee since the IPL’s inception, said being the best batsman in the world doesn’t guarantee success in the IPL. “Coaches and managers are getting more shrewd in how they buy and put together teams. There’s a number of things that go towards it (winning the title). One thing I do know is that when there’s a challenge put in front of him, he (Kohli) meets it. Winning competitions is a by-product of how you lead your team so there’s a challenge there. Most teams on paper are outstanding so we have got our work cut out to win it again, we will be giving it a good shot as well,” said the Kiwi.