Uncapped Jemimah will travel with the World Cup runners-up. 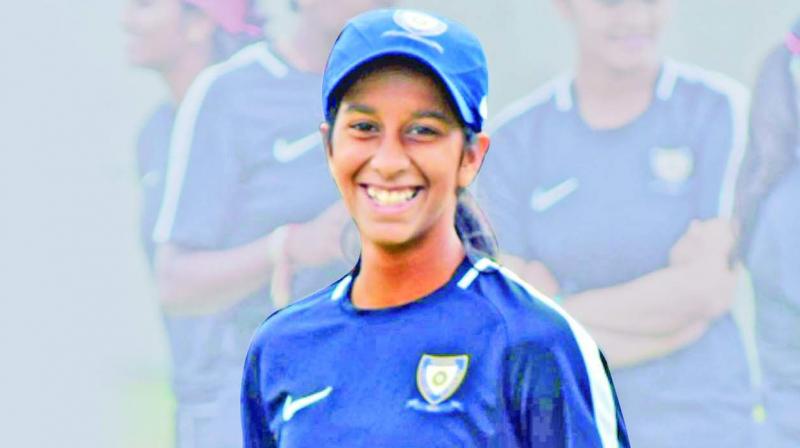 The middle-order batter has honed her own skills playing for Western Railways team.

Jemimah Rodrigues pulled a marvel out of her bag in November, getting the needed limelight with a rock-solid double hundred (202) in the Under-19 fixture against Maharashtra. In January, she made it to the Indian squad that will travel to South Africa . Vice-captain Harmanpreet Kaur has applauded the 17-year-old Bandra girl, hinting towards her debut.

And it is not like Harmanpreet does not know how Mumbai cricket works. The middle-order batter has honed her own skills playing for Western Railways team. For the last few years, she has been living in the same locality as Jemimah.

Now, they train together in the national camp since the protean challenge is upon them.  Kaur said that she has been no stranger to Jemimah’s performances over the years in domestic cricket.  “She is good and has been performing for a long time. We needed players like these, we have a bunch of players but felt that girls should come and perform,” said Kaur.

“From the way she has performed in two-three years, if she gets a chance to play, she will be crucial and her performance will be good for the team,” she added hinting that the 17-year-old could feature in the playing eleven.

Often termed as the Virender Sehwag of women’s cricket, Harmanpeet does have the skills of the former Indian men’s team opener to strike the ball hard. Her mettle became known to the world after a heroic 171-run innings against Australia in the World Cup last year.

The Indian women’s team will play three one-dayers against South Africa for which the team has left early to get used to the conditions and not commit the same mistake as the Virat Kohli-side. “Going early it will be good to get used to the wickets there. We are getting two practice games and it will help before the main matches to build the confidence. The team looks good and hopefully, we will do well,” said the vice-captain.

In the challenger’s trophy, Jemimah scored 179 runs in the three matches with an average of 59.67 for India Green. She opened the innings with her Borivli counterpart and Indian opener Punam Raut as both Mumbai batswomen linked up to score 365 runs together in three games. After Kaur’s impression of Jemimah, this could be her the other impetus she needs to make the playing eleven away from home.