The three-match ODI series is levelled at 1-1. 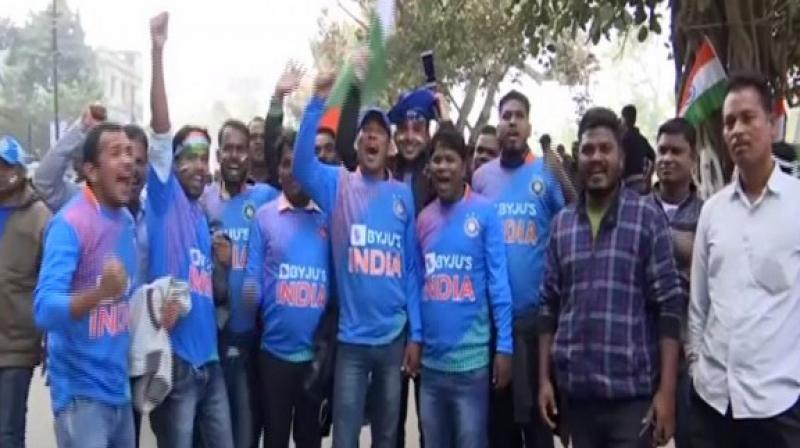 A large number of fans rushed to the Barabati Stadium here on Sunday to watch the series-decider between India and West Indies. (Photo:ANI)

Cuttack: A large number of fans rushed to the Barabati Stadium here on Sunday to watch the series-decider between India and West Indies.

The three-match ODI series is levelled at 1-1. West Indies won the first ODI by eight wickets while in the second ODI, the hosts secured a 107-run victory.

"It is a crucial match as it is a series-decider, that is why people do not want to miss this. I am very excited and want to see Virat's (Kohli) century today," a spectator told ANI.

India have won the toss and opted to bowl first.