Ahead of series decider, India take a day off

Indian players along with coach Ravi Shastri were seen chilling in the pool. 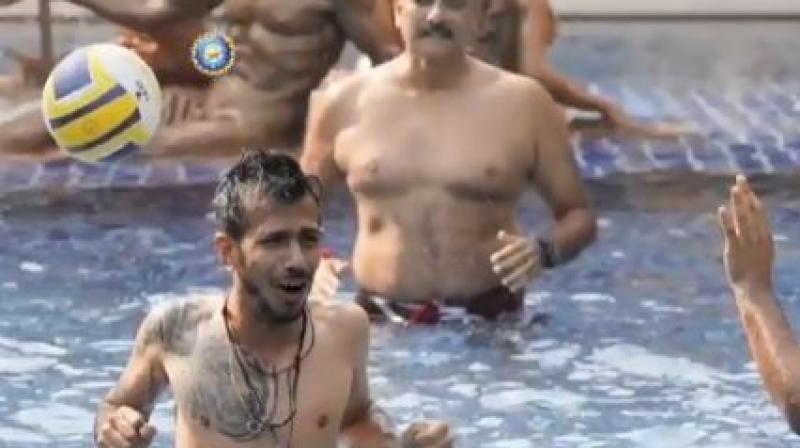 Ahead of the series decider against West India, Team India on Saturday took a day off from their busy schedule. (Photo:BCCI)

Cuttack: Ahead of the series decider against West India, Team India on Saturday took a day off from their busy schedule.

Indian players along with coach Ravi Shastri were seen chilling in the pool.

A day off in Bhubaneswar and this is how the boys enjoyed their time out 😎😎#TeamIndia pic.twitter.com/C4ghLzNHoG

The video gives a glimpse of Captain Virat Kohli, Rohit Sharma, Shreyas Iyer, Rishabh Pant and Yuzvendra Chahal indulging in a game of volleyball in the pool.

West Indies had won the first ODI by eight wickets while India managed to come out as triumphant by 107 runs in the second match of the series.

With series hanging in the balance, the decider between India and West Indies will be played on Sunday.