Vidarbha will now play Delhi for the title of the country’s best first-class team. 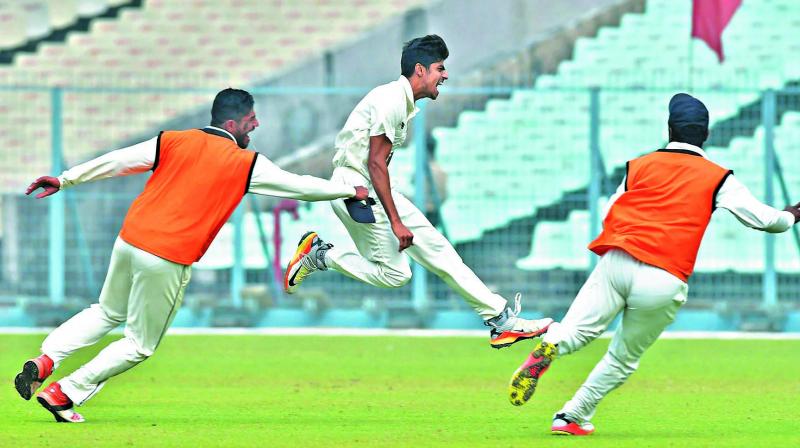 Gurbani finished with 12 wickets in the match, his best bowling figures, laying the foundation for Vidarbha’s historic win. Vidarbha will now play Delhi for the title of the country’s best first-class team.

After picking up 5/94 in the first innings, Gurbani followed it up with yet another stellar show and almost single-handedly dismantled Karnataka’s chase of 198 runs with match-winning figures of 7/68 in the second essay. Seven down overnight, Gurbani picked up all the three remaining Karnataka wickets to wrap up the issue for Vidarbha.

Resuming at the overnight score of 111/7, Karnataka depended on Vinay Kumar and Shreyas Gopal to guide the team home.

Vinay scored freely and looked on course to take his side home but for a greedy cut shot, which would have been the third boundary in that over. In search of one too many, Vinay (36) went for an ambitious cut off Gurbani in the final delivery of the 50th over only to get an edge which was accepted by Akshay Wadkar behind the stumps with Karnataka still 57 runs short of the target. With Gopal (24 not out) holding one end up, the lower-order played shots from the other. After Vinay’s dismissal, Abhimanyu Mithun (33 off 26) took his place and played his strokes to take Karnataka closer but he too couldn’t last long.