Sports   Cricket  22 Dec 2016  Virat Kohli misses out on ICC Team of the year, named skipper of ODI side
Sports, Cricket

Virat Kohli misses out on ICC Team of the year, named skipper of ODI side

Ravichandran Ashwin is the lone Indian in the Test side, which surprisingly will be led by England skipper Alastair Cook. 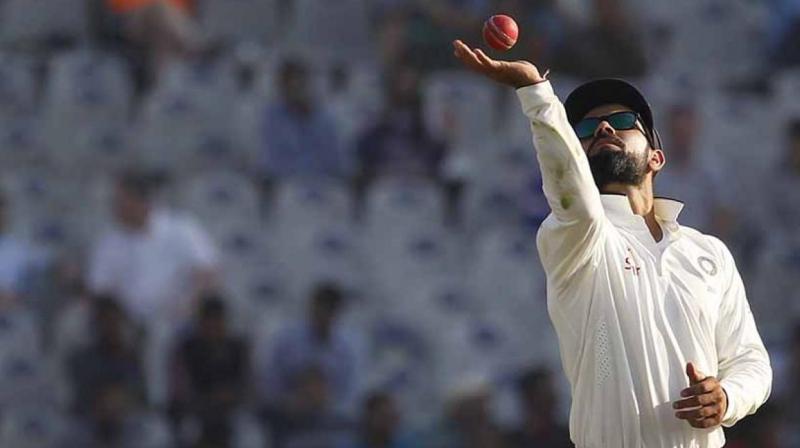 Despite becoming scoring 655 runs in India's 4-0 drubbing of England, Virat Kohli surprisingly missed a berth in the Test team of 2016. (Photo: BCCI)

Dubai: He might be on an 18-match unbeatenstreak as India's Test captain but Virat Kohli was on Thursday, ignored from the ICC Test team of the year even though he was named skipper of the ODI all-star XI which also featured Rohit Sharma and Ravindra Jadeja.

Kohli, who is the vice-captain of India's ODI and T20 teams, has been named as leader of the 12-member side which features four South Africans and three Australian cricketers besides one each from England and West Indies.

Englishman Jos Buttler and wily West Indian spinner Sunil Narine are the other two players in the side.

But despite becoming man-of-the-series with 655 runs while leading India to the 4-0 drubbing of England recently, Kohli surprisingly missed a berth in the ICC Test team of the year 2016.

Star off-spinner Ravichandran Ashwin is the lone Indian in the Test side, which surprisingly will be led by Alastair Cook, who faces an uncertain future as England's captain.

Warner and Starc are two cricketers who have found out a place in both the teams.

Besides, South Africa's Marais Erasmus has been honoured with the David Shepherd Trophy for ICC Umpire of the Year, while Pakistan captain, Misbah-ul-Haq won the ICC Spirit of Cricket Award.