Warner managed just 95 runs in 10 innings during this year's Ashes series against England. 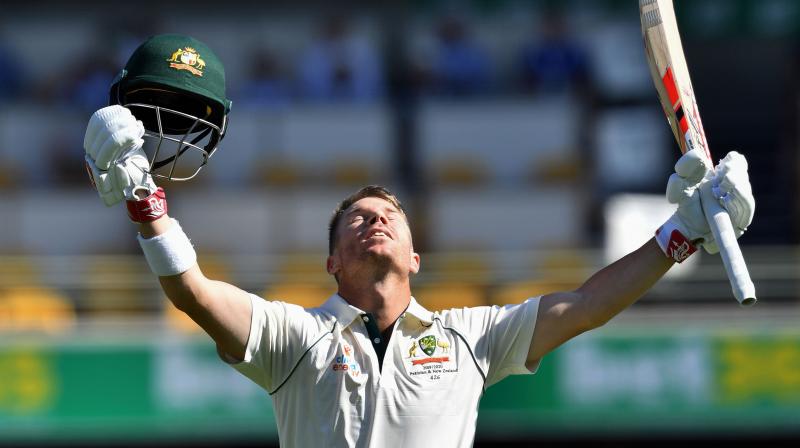 Australia opener David Warner enjoyed a measure of redemption as he scored his first Test century since a year-long ban for ball-tampering on Friday. (Photo:AFP)

Brisbane: Australia opener David Warner enjoyed a measure of redemption as he scored his first Test century since a year-long ban for ball-tampering on Friday.

Warner, who managed just 95 runs in 10 innings during this year's Ashes series against England, reached his 22nd Test century in the first Test against Pakistan.

Before the Ashes, he spent a year in the wilderness following the ball-tampering scandal and there were questions as to whether his days as an automatic choice at the top of the order were over.

But in home conditions and against an attack that struggled for sideways movement, Warner was in imperious form, smashing seven fours as he reached his century from 180 balls by turning leg spinner Yasir Shah round the corner for a single.

The 33-year-old had his share of luck, however, when he was given out caught behind off the bowling of 16-year-old Naseem Shah when he was on 56.

However, Warner had barely left the crease when the TV umpire ruled Naseem had overstepped the line and the batsman was given a reprieve. Then, on 93, he survived a close run-out decision when a direct hit from the deep saw him just making his ground.

It is Warner's first Test century in nearly two years, since the Boxing Day test against England in 2017, and his fourth against Pakistan.