Sohail said Misbah, for so long, has been hinting about his retirement but still the PCB has failed to find his successor. 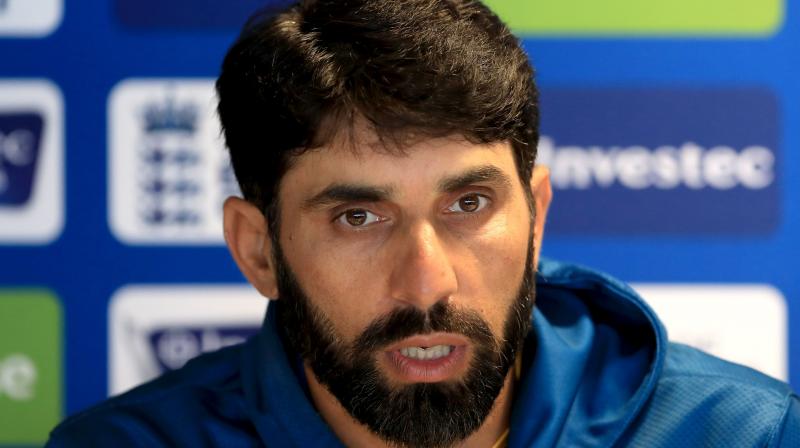 Misbah is the first skipper to lead Pakistan in 50 games. (Photo: AP)

Karachi: Aamir Sohail has criticised the Pakistan Cricket Board (PCB) for its inability to find Test skipper Misbah-ul-Haq's successor. The former Pakistan accused the cricket body of "enjoying perks" and doing nothing so as to find the next captain.

Sohail, who captained the side in six Tests, said Misbah, for so long, has been hinting about his retirement but still the PCB has failed to find his successor which ultimately shows the inability of the selection committee.

"This shows that the board is only there to enjoy perks and have done no homework on Misbah's replacement," he was quoted as saying by Express Tribune.

Earlier, during the Christchurch Test, Misbah became the first skipper to lead Pakistan in 50 games.

The 50-year-old also added that the he fears as to what will happen to the Test team once Misbah and Younus Khan retire.

Talking about the first Test against New Zealand which Pakistan lost, the former skipper should consult the experienced players like Javed Miandad in order to solve their batting issues.

"Our batsmen should watch batting videos of Javed Miandad and learn from it," he said.

The former-left-handed batsman also asserted that Misbah, who had to return home to see his ailing father-in-law, would be missed in the second Test starting from November 25 at Seddon Park as this would increase responsibility on Younus.

"Younus will be a very crucial player in the second Test and he should play at his number," he said.