Bhuvneshwar, who produced a 5-wicket haul against NZ in Kolkata, has been out of action for more than 6 weeks due to a back injury. 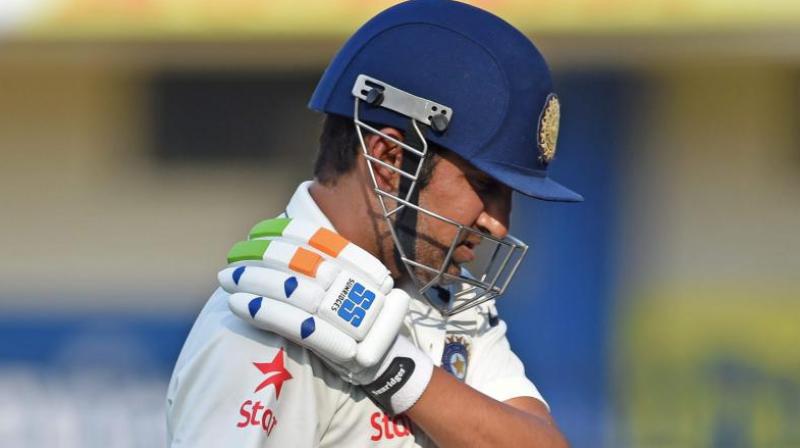 Gambhir, who has played a key role in two World Cup finals (World T20 in 2007 and World Cup 2011) may well have run his last lap as far as the national team is concerned. (Photo: PTI)

New Delhi: Having completely recovered from a back injury, seamer Bhuvneshwar Kumar was Monday recalled to the 16-member Indian team for the final three Test matches against England, while veteran opener Gautam Gambhir was shown the door.

Bhuvneshwar, who produced a game-changing five-wicket haul against New Zealand in Kolkata, has been out of action for more than six weeks due to a back injury.

Post recovery, he played a Ranji Trophy match against Mumbai as per team protocol. He took wickets in the match and bowled a total of 36 overs (13 in 1st innings and 23 in the 2nd innings).

For the 35-year-old Gambhir, a veteran of 58 Tests, it could well be the end of the road as far as his international career is concerned.

While KL Rahul did not set the stage on fire at Visakhapatnam, his recent form before injury prompted the team management to invest in his immense talent.

Murali Vijay is an assured presence at the top of the order and a fit Shikhar Dhawan means the reserve opener's slot is for Rahul. Also Dhawan is still an important fixture in the limited overs format where he has an impressive record.

All the permutations and combinations do indicate that Gambhir, who has played a key role in two World Cup finals (World T20 in 2007 and World Cup 2011) may well have run his last lap as far as the national team is concerned.