Man of the Series Rohit Sharma says, 'Coach and captain's support helped me'

Rohit scored 529 runs in his 'debut series' as an opener with a maiden double hundred apart from twin hundreds. 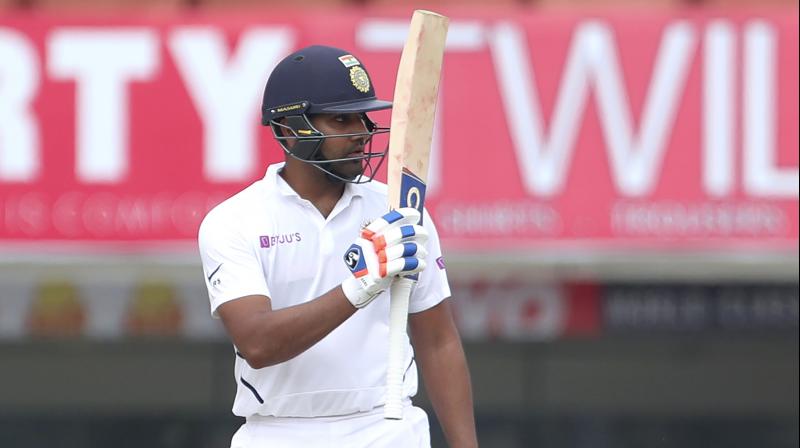 Opening the batting irrespective of the format, requires a certain amount of patience and discipline, something Rohit Sharma inculcated when he started opening in white-ball cricket. (Photo: AP)

Ranchi: Star Indian batsman Rohit Sharma feels skipper Virat Kohli and coach Ravi Shastri's belief in his abilities has helped him own the opening position in Tests, also crediting his own perseverance for the magnificent run so far.

Rohit scored 529 runs in his "debut series" as an opener with a maiden double hundred in the final Test against South Africa apart from twin hundreds (176 and 127) in Visakhapatnam. The performance earned him the man of the series award.

"The support of the coach and captain helps. I am thankful for the opportunity to the management for that opening slot," Rohit said at the post-match presentation ceremony.

There was speculation that all was not well between Rohit and Kohli a couple of months back. Kohli and coach Ravi Shastri have already rubbished the conjecture.

Opening the batting irrespective of the format, requires a certain amount of patience and discipline, something he inculcated when he started opening in white-ball cricket.

"Yeah, it's something that started in 2013 when I started opening in white-ball cricket. I realised you need some discipline at the start of the innings. It's a template to my batting that allows me some success to my batting," said the 'Hit Man' of Indian cricket.

The stylish Mumbaikar believes that it is only his mistakes that can get him out once he has done the hard work to survive the first hour.

"I believe that I can do that for the team, and there are lots of aspects that you need to be mindful of when you're opening. I always believe that once you are in, it is only mistakes that can get you out.

"We saw how hard it was to counter that new ball, and once you pass that stage, it's all about how you want to pace yourself. I kept telling myself I want to be there, I want to get a big score and take my team to a good position."