Sports   Cricket  22 Oct 2019  It was nothing personal: Diana Edulji on differences with Vinod Rai
Sports, Cricket

It was nothing personal: Diana Edulji on differences with Vinod Rai

CoA, which ran Indian cricket for 33 months, will demit office on Wednesday with Sourav Ganguly taking over as BCCI president. 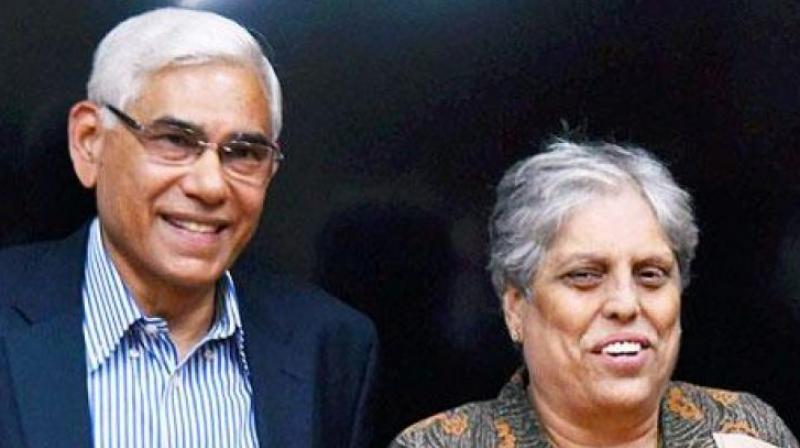 CoA member Diana Edulji on Tuesday said there were serious differences within the Vinod Rai-led panel like there would be in a democratic organisation but there was nothing personal in any of their public showdowns. (Photo:PTI)

Mumbai: CoA member Diana Edulji on Tuesday said there were serious differences within the Vinod Rai-led panel like there would be in a democratic organisation but there was nothing personal in any of their public showdowns.

CoA, which ran Indian cricket for 33 months, will demit office on Wednesday with former India captain Sourav Ganguly taking over as the BCCI president.

"It was a good experience and a long journey, didn't think that the journey would last so song, but I am happy with the end result that elections and office-bearers are coming back and BCCI will be run by them now," Edulji, a former India captain, told reporters here after the final COA meeting.

Edulji and former CAG Rai often disagreed publicly on key issues, most notably over the appointment of national coaches, both men and women.

Edulji said she had no regrets.

"We have (had) our differences, and we have aired it also openly.. in any organisation that works. I have been always batted on the front foot but nothing personal, it was just (on) principals those stands were taken and that's it.

"I have always called spade a spade and don't hold back. It was a great learning experience handling BCCI and I hope I can do something more after I finish my cooling period," she said.

She said that Ganguly becoming president is a welcome development

"It is good that a player (has become a president), he knows in and out what requires, when he was a player what he expected from BCCI, and now when he is sitting on that seat (what is needed). I wish him all the best."

COA was put in place to oversee the running of the Board and implement Lodha reforms but was often accused of going beyond its brief.

Asked whether she was happy with the current state of the BCCI, Edulji said: "I would not want to run down the people before, I wouldn't say that we have done a better job than them. Whatever role we had, we tried to complete our duties, let's hope it goes forward and they will take in right spirit whatever we have done and move on  life has to move on."

She stressed on the importance of looking after first class players, something Ganguly has already spoken in favour of.

Lt (Gen) Retd Ravi Thodge, who was part of the COA for the past nine months, said it was a great learning experience for him.

"It's been a great learning process, coming into the administration of cricket. We learnt a lot and I think we contributed to the best of our ability."

"The amount was finalised after discussions with Amicus Curiae PS Narsimha," a senior BCCI official told PTI. While Edulji and Rai are expected to be richer by Rs 3.5 crore each, Vikram Limaye, Ramachandra Guha and Ravi Thodge will be paid on pro-rata basis as per their tenure.