India gained 120 points with each Test worth 40. 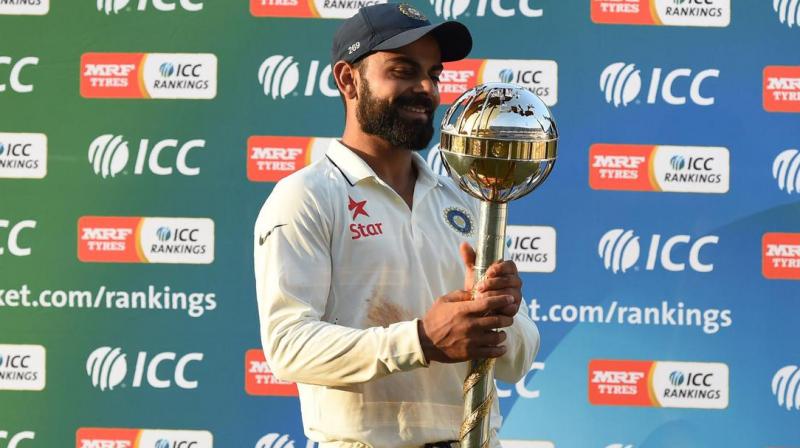 India have continued from their early success of a 2-0 win in the West Indies and are now on 240 points after wresting the maximum in both their series. (Photo:AFP)

Dubai: India on Tuesday consolidated their position at the top of the International Cricket Council's World Test Championship table, clinching the maximum points with the 3-0 whitewash of South Africa at home.

India gained 120 points with each Test worth 40. India won the third and final Test by an innings and 202 runs in Ranchi on Tuesday morning.

India have continued from their early success of a 2-0 win in the West Indies and are now on 240 points after wresting the maximum in both their series.

They will get a chance to build further in an upcoming two-Test home series against Bangladesh from November 14.

Sri Lanka and New Zealand are on 60 points each in the table after drawing their two-match series 1-1 while England and Australia are on 56 each after their five-match Ashes series ended 2-2.

The top two teams at the end of the league will play the final in the UK in June 2021 with the winners crowned the world Test champions.